You Won’t Believe How Much These Colored Diamonds Are Worth! 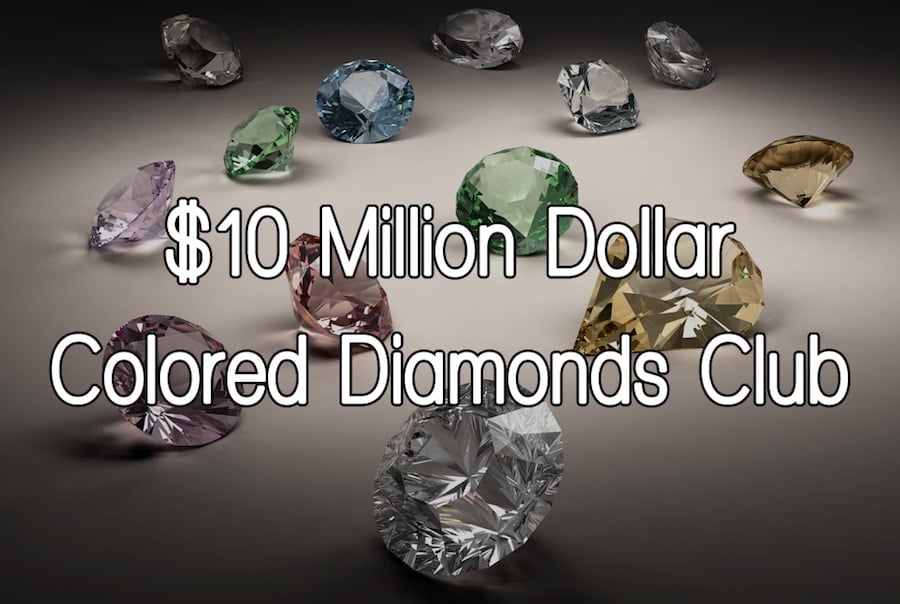 This beautiful 9.75-carat Vivid Blue Diamond was sold for $32,645,000 as part of Sotheby’s New York sale of Jewels & Objects of Vertu. At the time, the diamond set a new world record for the most valuable blue diamond in the world, while also setting a record of highest price paid per carat for any diamond. ($3,348,205 per carat to be exact.)

The unnamed, private collector changed the diamond’s name to “The Zoe Diamond” after out bidding 6 other members during a edgy 20-minute auction.

In November 2013, the 14.82-carat Orange Diamond sold for more than $35.5 million at a Christie’s Geneva Magnificent Jewels sale. The diamond was estimated to sell at most for $21 million. At the time, it set a world record for most expensive colored diamond per carat at $2,398,151 per carat. 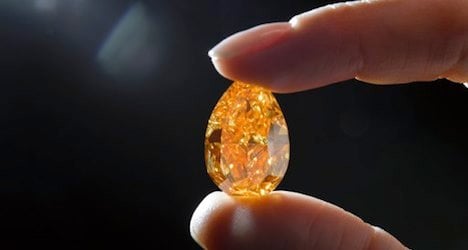 The Graff Vivid Yellow diamond held the honors of becoming the largest cut yellow diamond when it sold for $16.3 million dollars in 2014. The diamond was sold at Sotheby’s Geneva Magnificent Jewels and Noble Jewels auction and is named after the renowned jeweler, Laurence Graff. 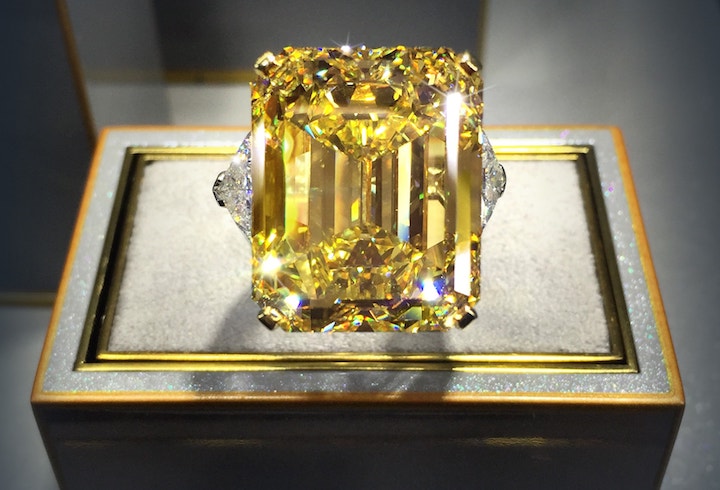 Originally, the diamond weighed 190 carats before being cut by New York basked master cutter Nino Bianco. Today, the stone weighs 100.09 carats and is rated as a Fancy Vivid Yellow with a VS2 clarity. The diamond initial was expected to sell for $21 million.

During a Sotheby’s Hong Kong auction in April of 2017, the 59.60-carat Pink Star diamond set the new world record of any diamond or jewel sold. The stone is listed as an oval mixed-cut Fancy Vivid Pink Internally Flawless diamond, and sold for a price of $71.2 million.

Interestingly, the diamond originally sold at a Sotheby’s auction in November 2013. However, the buyer defaulted on his payment. This time around it only took 5 minutes for the CTF Pink star to get sold.

The Yellow Sun-Drop diamond is a 110.3-carat diamond that was found in South Africa in 2010. Just the following year, the stone sold for over $10.9 million at Sotheby’s auction in Geneva in November 2011. The diamond has been rated as a vivid fancy yellow diamond, one of the most rare and desirable color for a yellow diamond. 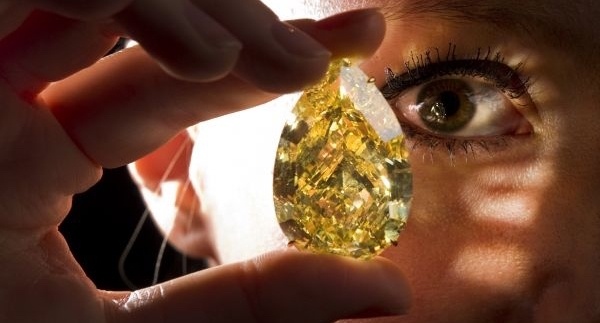 The fact that the stone has had no previous owner and has been maintained in pristine condition helps increase the value of this gem.

This beautiful diamond originated from the Premier Diamond Mine in South Africa, which is known for being one of the most popular mines for blue diamonds. The stone is rated as a Fancy Vivid Blue diamond weight 27.64 carats; one of the largest blue diamonds ever. 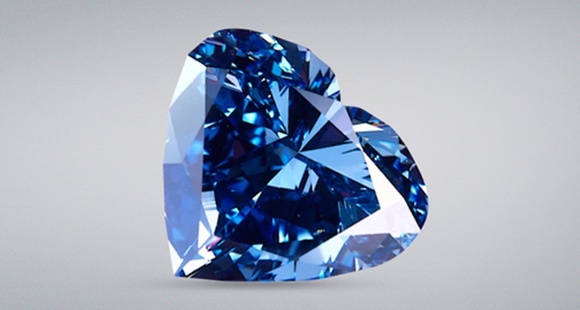 As of 2013, the diamond was reported sold to athlete Floyd Mayweather who paid $16 million dollars for the diamond. It was said to be a Christmas gift for then fiancé Shantel Jackson. When it comes to high price colored diamonds, it’s common to see buyers remaining anonymous. As such, De Beers refused to publicize whom they sold the gem to. 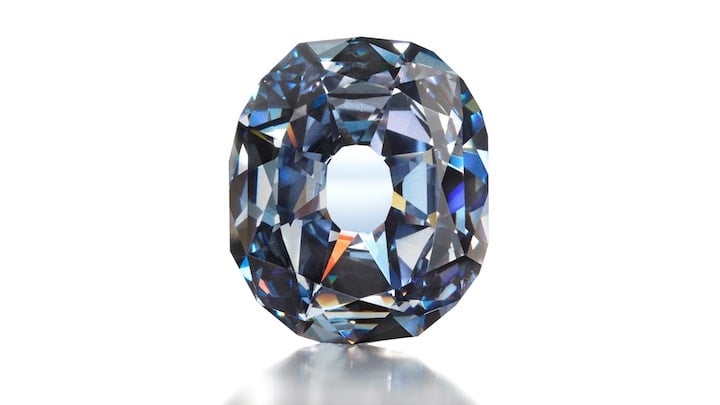 Interestingly, the new buyer was renowned jeweler Laurence Graff, who set a world record for highest price ever paid at auction for a diamond (at the time). Immediately after the sale, Graff announced he’d recut the diamond, losing 4.45 carats removing damage to the girdle of the stone.

Today, the stone is reportedly to be valued at $80 million after Graff sold it to former emir of Qatar.

This beautiful pink diamond had a pre-sale estimate price between $27 million to $38 million. It ended up exceeding the estimates, selling for $46 million in November 2010 by none other than Laurence Graff at a Sotheby’s Geneva auction. 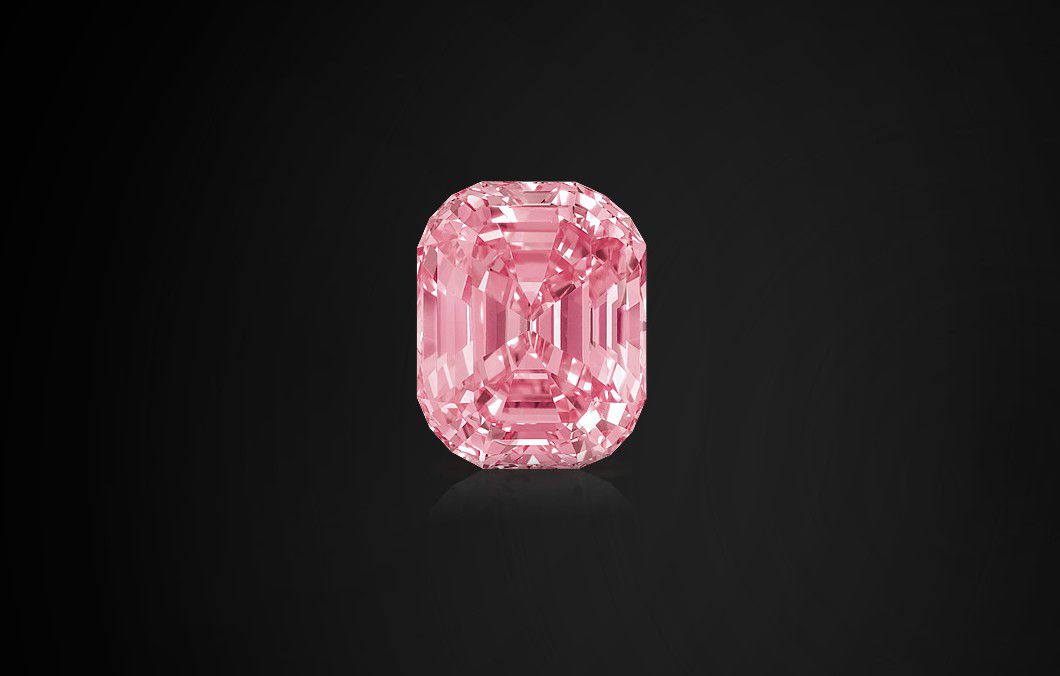 At the time, the Graff became the most expensive diamond in the world. The stone is rated a Fancy Intense pink emerald cut diamond weight 24.78 carats.