Where Do Colored Diamonds Come From? – The Largest Contributors & Their Top Mines

There are not that many colored diamond mines in the world. In fact, it’s estimated that there are around 50 viable mines in operation and around 30 that are inactive. However, with increasing demand for diamonds not only as jewelry, but for scientific investment and industrial use, that is changing. 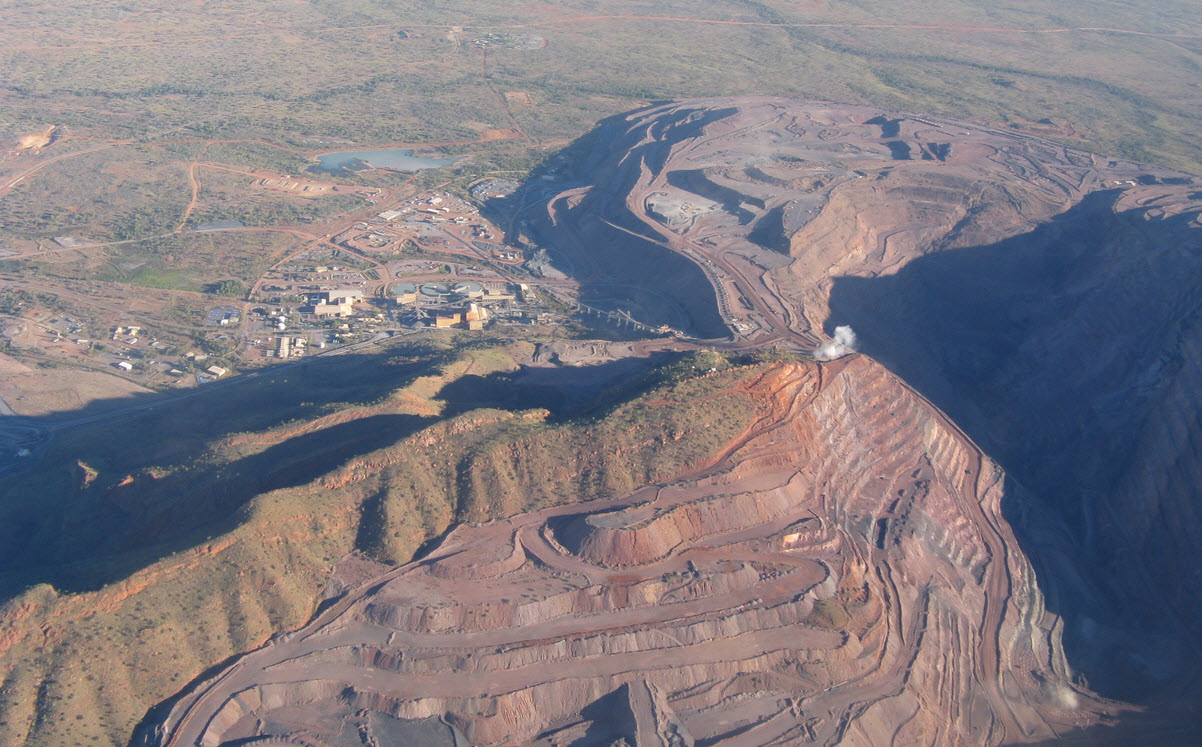 It’s estimated that mined diamonds will surpass 142 million carats this year alone (equating to a worth of well over $15 billion.) This essentially translates to an approximate increase of 12% in volume and 10% in value compared to 2016.

In this article, we will be focusing on the 7 largest contributors (by nation) as well as their top mines.

1. Russia – The Jubilee Mine

Currently, Russia is the largest diamond producer by value worldwide, at 35%. The country’s prized mine is the famous Jubilee Diamond Mine owned by Alrosa, a company that is dominating Russian diamond production.

Established in 1986, the mine is estimated to contain approximately 153 million carats of recoverable diamonds, and an additional 1 million carats further underground. Today, the Jubilee is responsible for 9% of global output by value, and this year alone it is believed to reach 9.2 million carats, roughly translating to $1.4 billion.

2. Botswana – The Jwaneng Mine

Coming in at second place, Botswana is responsible for producing 22% of the world’s diamonds by value. Despite its position on the list, Botswana proudly holds the most valuable diamond mine in the world; the Jwaneng. Owned by De Beers, the mine is the largest contributor to the nation’s diamond output by value, and it is only getting bigger. Just recently, De Beers begun to excavate ore from the mine’s new Cut 8 expansion and there are plans to extend the mine’s life to well beyond 2040.

Despite being third on the list, and contributing to 14% of global diamond value, Canada is without a doubt the most active nation in the current mining scene. These new world class mines are estimated to produce 4.5 million carats of incremental supply this year alone, valued at $500 million. This essentially translates to the two mines contributing to an astounding 1/3 of this year’s 14.7 million carat increase in production (compared to 2016.)

Canada might be in the third position now, but we are anticipating it to climb to new heights soon. As mentioned previously, the country is very active in the mining scene, and currently many Canadian firms are developing and advancing mines with exceptional potential (ultimately becoming world-class mines.) If you are interested in these companies and their ventures you can find more information here:

4. Angola – The Catoca Mine

Angola is fourth on our list, producing 8% of the world’s supply of diamonds by value. Despite not having a plethora of mines like other countries on the list, Angola is proud to call the Catoca mine its own. Responsible for approximately 75% of the nation’s diamond production, this year Catoca is expected to produce 6.5 million carats valued at $600 million. The mine is currently primarily owned by Endiama and Alrosa.

Standing at number five on our list, South Africa produces 5% of the world’s diamonds by value. The country’s largest mine is the Venetia (owned by De Beers) which is currently being converted to an underground mine in hopes of extending its operational life well beyond 2023.

The Venetia, along with the Finsch mine (owned by Petra Diamonds) are responsible for over 60% of the nation’s 2017 diamond production. Like the Venetia, there are also plans to expand the Finsch mine further underground in hopes of increasing production via more ore concentrate.

Finally, who can forget the Cullinan. This mine has been synonymous with quality for the past 100 years it has been in production. Like the abovementioned, the Cullinan is also expected to expand underground. This expansion is estimated to increase the mine’s lifespan for at least 25 more years.

Namibia holds great importance in the diamond industry. It is currently the fifth largest producer by volume and sixth by value (at 5%). What is even more interesting, is that the country’s entire production is alluvially mined. Over half of Namibia’s diamonds (both by volume and value) are produced by Debmarine. This De Beers owned, offshore mining operation is currently the only large-scale marine excavating operation in the world dedicated solely to diamond mining.

7. Australia – The Argyle Mine

Last on our list but definitely not least, is Australia (producing 3% of the world’s diamonds by value) and its Argyle mine.

Famous for producing 93% of the world’s highest quality pink diamonds, Rio Tinto’s Argyle mine is also responsible for over 99% of the country’s diamond production. Despite being close to exhausting its resources, the mine is estimated to produce 17 million carats this year; which is a very surprising 21% increase year-over-year. This essentially means that the Argyle is the largest volume producer in the world.

Currently, there are plans of keeping the mine operational until 2021, however there are implications concerning its underground expansion. If Rio Tinto is unable to solve these issues the Argyle might close at an even earlier date.

If you are interested on how the closure of the Argyle might affect the diamond industry as a whole, check out our article here.

We hope you enjoyed this article as much as we enjoyed writing it. We strayed a bit from the norm in our blog but we felt we would shed some light on the greatest contributors in the diamond industry. Until next time feel free to like us on Facebook and follow us on Twitter.