What You Need To Know When Buying A Colored Diamond: Clarity

Welcome to Part 2 of our 4C’s series. Today we will be looking at arguably the second most important C right after color; Clarity. 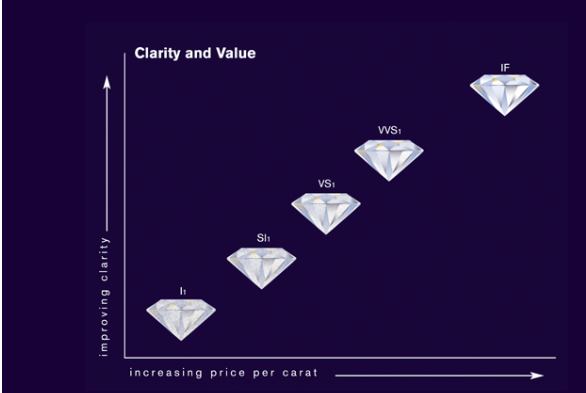 If you missed Part 1 of our series, containing everything you need to know about a colored diamond’s hue, you can find it here.

So What Is Diamond Clarity?

In simple words, the clarity of a diamond represents its “cleanliness” as it grades the existence (or lack thereof) of various internal or external flaws on the stone’s body.

These discernible flaws are formally known as “clarity characteristics”, but are more commonly known as inclusions and blemishes.

As opposed to their colorless counterparts, colored diamonds are (at times) not as significantly affected by the existence of internal flaws. This has to do with the tone of the stone’s hue. The darker the color the less visible the flaw, and therefore the less it will affect its value. So with all other Cs being equal, a Fancy Vivid Green diamond will be much less affected by internal flaws than a Canary diamond for instance. 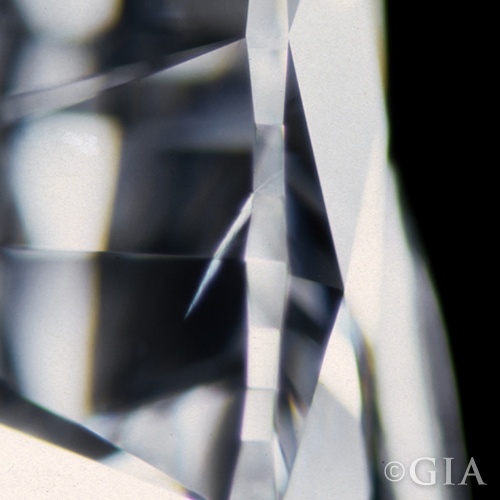 Inclusions can best be characterized as a diamond’s birthmarks. As you may already know, diamonds undergo massive amounts of heat and pressure during their formation, and oftentimes the sheer force of these phenomena can cause certain internal flaws in the stone’s crystal lattice. Inclusions take the shape of needles, feathers, internal graining, and clouds to name a few.

Clouds: These inclusions are formed by multiple closely grouped points that might be indistinguishably alone, but in large enough numbers look like a little hazy spot on the diamond.

Feathers: Feathers is a general term used in the trade to describe a small break in the stone. These often look like small white feathers.

Internal Graining: These inclusions are comprised by small lines and curves that might appear white, slightly colored, or even reflective, and occur due to irregularities during the stones development.

Needles: As the name suggests, these inclusions look like small needles or rods at 10X. In actuality they are elongated crystals within the body of the stone.

The above are only a few of the inclusions that can be found in a diamond. For a full list along with pictures be sure to check out the article below:

What are Diamond Inclusions?

An important note here is that the position of an inclusion is often what affects how easily it can be seen. Because of this, diamond cutters make every effort to cut the diamond in a way that will (partially) hide the inclusion through the table of the finished diamond. The preferred position for inclusions is under the bezel facets or near the girdle because they are harder to see there. 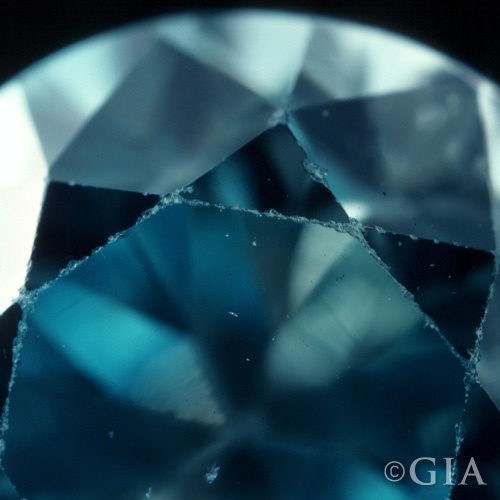 External clarity characteristics, also known as blemishes, can occur at any stage of the diamond’s lifecycle after it is unearthed as a rough. Be it during cutting, setting, or simply normal daily wear. Blemishes often take the form of abrasions, extra facets, “lizard skin”, naturals, nicks, pits, polish lines and many many more.

Abrasion: Causes the edges of the diamond to look white or fuzzy due to a series of little nicks along facet junctions

Lizard Skin: This is a wavy or bumpy area of a polished diamond that oftentimes looks like the scaly skin of a lizard.

Naturals: These are portions of the diamonds original surface (rough). Such blemishes are usually left on fashioned stones and are located near the girdle.

Nicks: These are small notches on a diamond’s facet junction. These blemishes have no apparent depth at 10X and are usually along the edge of the girdle or at the culet.

Pits: These are small openings that look like tiny white dots.

Polish Lines: These blemishes look like fine, transparent (or white) parallel ridges, or grooves that were left from the polishing process.

Once again, the above are only a few of the blemishes that can be found on a diamond. For a full list along with pictures be sure to check out the article below:

How Is Diamond Clarity Graded?

On a colored diamond certification, in the section talking about clarity, you will find a plot-diagram like the one shown below. This is used to illustrate the type of inclusion and its location, physically on the stone. Note that plots like this are also used in colorless diamond certifications. 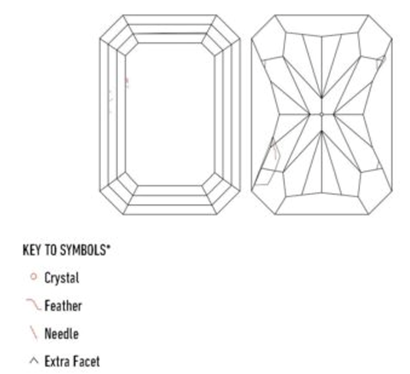 A plotted diagram that shows the specific clarity characteristics is included on a colored diamond certification. Trained graders use different symbols for the different clarity characteristics and place the symbols on the relative location where they occur on the diagram. Using a “key to symbols,” the grader creates a map for one to easily identify the blemishes and inclusions.

Shows no inclusions up to 10X magnification, the rarest clarity grade (less than 1% of diamonds)

Shows inclusions that are very difficult to see under 10x magnification

Very Slightly Included (VS1) (VS2)

Shows inclusions that are obvious to see at 10% magnification and may be visible to the unaided eye. A diamond with this grade may have an altered brilliance and transparency due to the clarity characteristics.

Just a quick bonus before you go: Did you know that a “flawless” grade is far rarer in colored diamonds than it is for their clear counterparts? That’s why such stones are valued much higher.

And there you have it. That was all you needed to know about a diamond’s clarity to be well equipped for your next purchase! Do you have any question? Let us know! And as always feel free to follow us on Twitter and LinkedIn.

For more colored diamond insight, be sure to check out the links below: