The Rich History of Colored Diamonds

Diamonds have been recognized for their beauty and value for thousands of years. The history of how and where diamonds first developed reveals a story as intricate as the diamonds themselves. In this piece, we will uncover some of the lesser known history of colorless and colored diamonds. 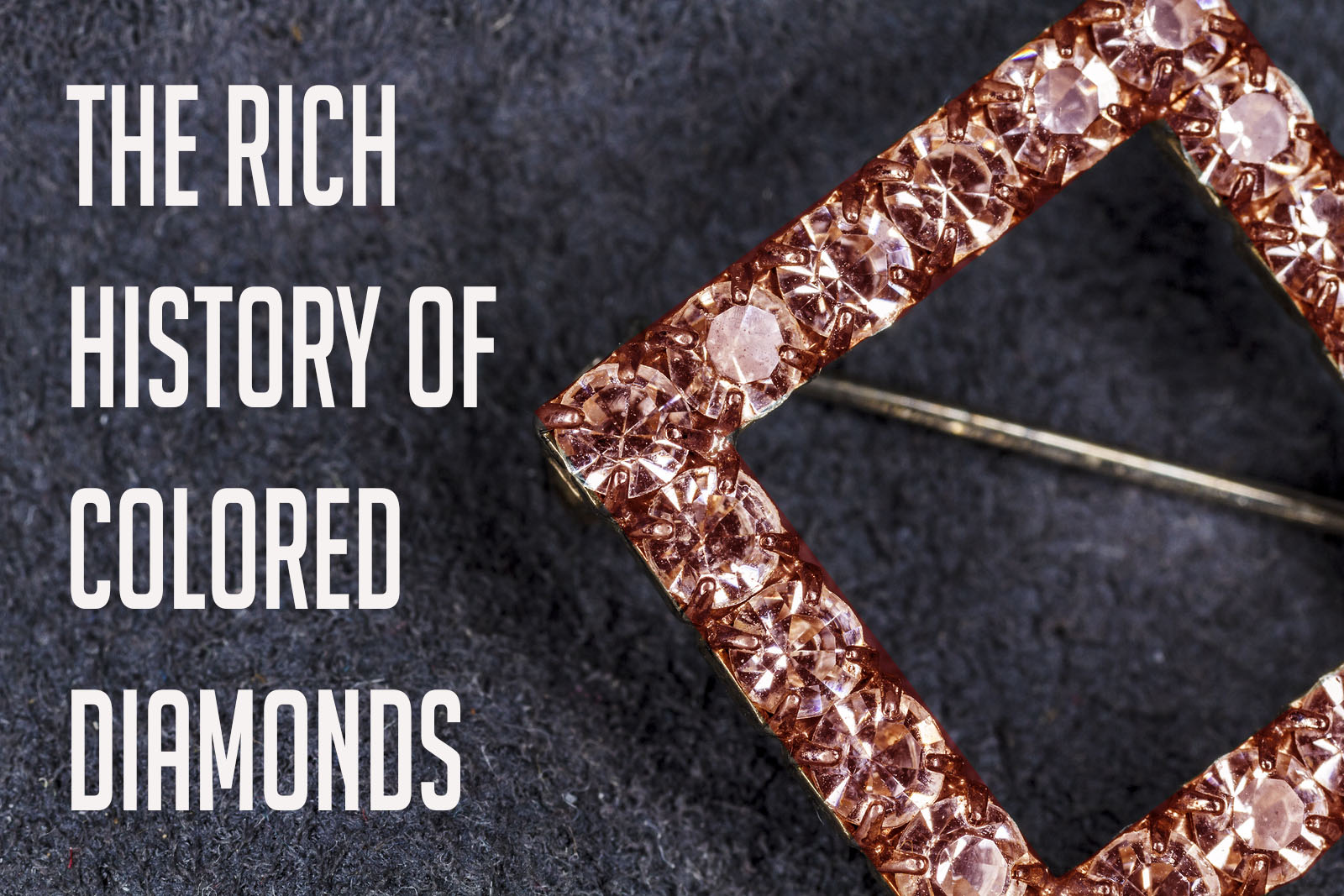 Dating back to the 4th century BC, diamonds were first mined and worn in India where they were gathered from rivers and streams. Used as part of their caste system, certain classes were assigned different colors of diamonds. For instance, priests were permitted to own white and colorless diamonds, whereas landowners were assigned brown diamonds like the earth. Yellow diamonds were reserved for the merchant class and lower classes were only permitted to possess diamonds of gray or black. Of course, Kings were permitted to own diamonds of any color of their choosing.

As time passed and trading between regions increased, diamonds found their way to Europe where they began to be worn as accessories by the European elite. As supply from India declined, Brazil began to emerge as a source of diamonds in the early 1700’s. Brazil went on to become the leading source of diamonds for the next 150 years. As wealth increased in Europe and the Americas, explorers began to capitalize on a previously untapped area of diamond abundance, South Africa.

The modern diamond market began in Africa in the late 1800’s with the establishment of De Beers Consolidated Mines Limited. By 1900, De Beers controlled approximately 90% of the world’s production of diamonds. As the mining industry began to innovate, namely by moving operations to further underground and away from surface mining, the cutting and polishing processes made significant advances, as well. These innovations led to higher production, better quality product, and a steady increasing demand.

While colorless diamond production was thriving, a solid source of colored diamonds was yet to be unearthed. In the 1980’s, the Argyle Mine in Australia was found to be a consistent source of brown diamonds, which they began trading under names like cognac and champagne. The Argyle Mine was later found to be the best source of pink and red diamonds in the world with 90% of pink diamonds being found in the Australian mine.

In present times, colored diamonds can most frequently be found in mines in South Africa, India, and Australia. Yet supply is rapidly diminishing, especially in the Australian mines. The Argyle Mine is set to close in 2020, which will eliminate the supply source for many of the pink diamonds on the market. Colored diamonds have also been found in locations in Venezuela, Guyana, Indonesia, and Brazil with less frequency.