The Most Expensive Pink Diamonds per Carat

Arpege Diamonds brings you a colored diamond analysis reviewing the most expensive pink diamonds per carat every sold. We combed through auction records to compile a list of the priciest pink diamonds ever to cross the auction block. Read more about which five pink diamonds have achieved the highest price per carat during their most recent sales. 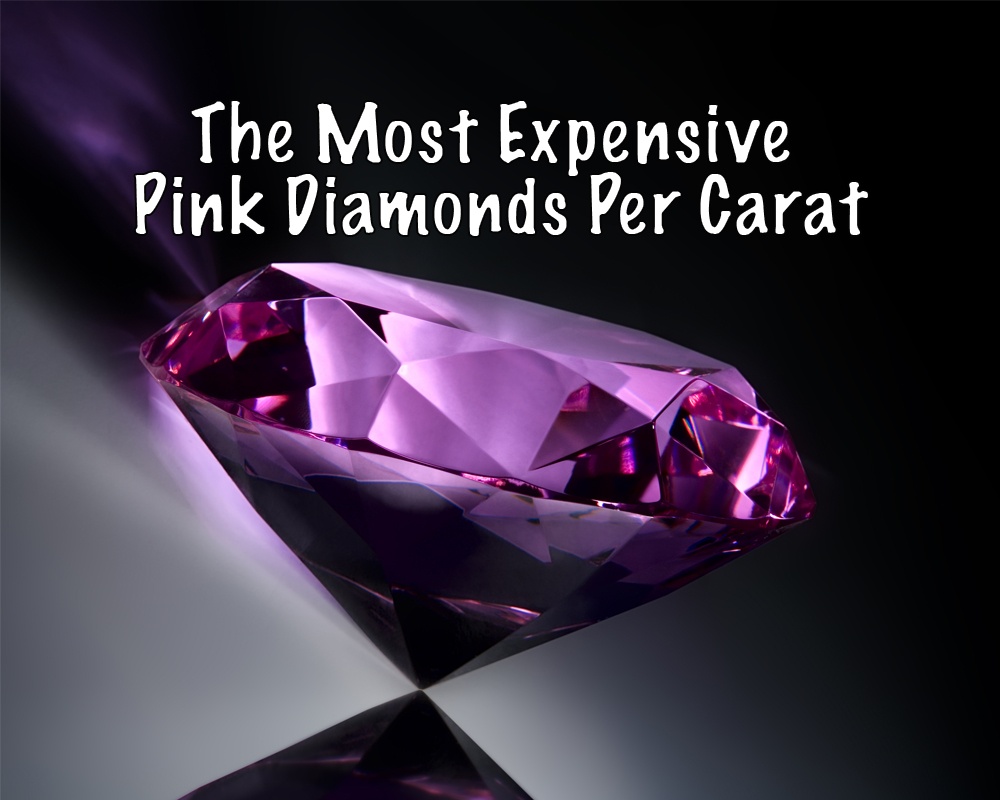 The Perfect Pink is an emerald cut fancy intense pink diamond. The diamond weighs in at 14.23 carats. Original appraisals estimated the diamond would sell for $14 to $19 million. The diamond was placed for auction by Christie’s in 2010 and sold in Hong Kong. The Perfect Pink went on to fetch $1.63 million per carat for a total sale price of $23.2 million. The price was driven up when four potential buyers got into a bidding war over who would take home the precious stone.

The Graff Pink Diamond is an internally flawless fancy intense pink diamond. The 24.68 carat diamond was previously a part of Harry Winston’s private collection for 60 years. Out of the spotlight during these years, when it came time for the diamond to go back to the auction block, appraisers estimated the diamond would fetch between $27 and $38 million. During Sotheby’s Annual Magnificent Jewels Sale in Geneva in 2010, the diamond went on to smash the estimates, bringing in $1.85 million per carat for a final sale price of $46 million. At the time of its sale, the Graff Pink was the most expensive jewel to ever be sold at auction.

The Sweet Josephine is a cushion-cut fancy vivid pink diamond. The 16.08 carat was sold during Christie’s Magnificent Jewels auction in Geneva in 2016. Pre-auction estimates for the diamond placed its value between $23-28 million. The diamond was purchased by an Asian billionaire by the name of Joseph Lau, who also owns the record-breaking blue diamond named The Blue Moon. Lau paid $28.5 million for the diamond, making the per carat price of the diamond nearly $1.77 million.

The Unique Pink is a pear-shaped fancy vivid pink diamond. The 15.38 carat pink diamond is set in a simple ring that showcases the rare diamond’s beauty. It was sold in 2016 by Sotheby’s in Geneva and purchased by a private buyer from Asia who bid via telephone for the diamond. The final sale price was $31.6 million, bringing in a whopping $2.05 million per carat.

The Vivid Pink is a cushion-shaped fancy vivid pink diamond. The 5 carat pink diamond is set in an 18k rose gold and platinum ring and is flanked by white diamonds on both sides. The stunning diamond was cut and crafted by Graff diamonds and came to auction in 2009. The diamond was brought to auction at Christie’s during The Hong Kong Sale and sold for $2.15 million per carat with a final sale price of $10.78 million. With a per carat price of $2.15 million, the Vivid Pink holds the current record for the most expensive pink diamond per carat!

For more reading on pink diamond sales, see the links below: