The Arpege Tribute to the Brilliant Blue Diamonds (Part 2) 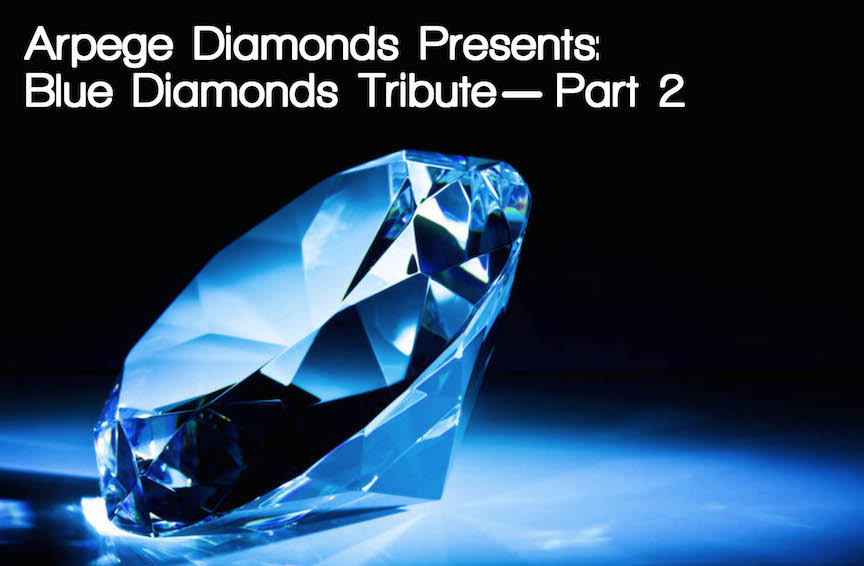 The 4 Most Famous Blue Diamonds

The diamonds that follow are among the most precious, valuable and beautiful diamonds ever to be found, and without a doubt support the claim of heightened blue diamond value during the past decade. In no particular order, here are 4 of the most famous blue diamonds of history

The Hope Diamond is perhaps the most famous, and well documented, diamond in the world. It is a Type llb, cushion cut stone, weighing an astounding 45.52 carats.

Believed to have originated from the Kollur mine in Golconda, India, it was initially bough by gem merchant, Tavernier, in the mid 1600s as a 112 carat rough triangular stone. The diamond was recut to 67 carats in 1673 after it was sold to king Louis XIV to be worn in ceremonial occasions (later gifted to Marie Antoinette). As the French Revolution commenced, the contents of the royal treasury were turned over to the government, and during 1792 the diamond was stolen amidst the ongoing upheavals. 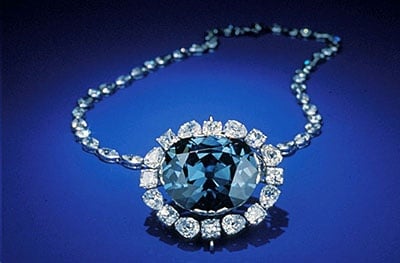 The stone eventually resurfaced in 1812 in the hands of London diamond merchant Daniel Eliason weighing 44.25 carats. In 1839 the stone was sold to Henry Philip Hope, however shortly after the purchase Hope died passing it on to his nephew. In 1901 the diamond was ultimately sold to pay off family debts and continued to change ownership until it ended up in the hands of Pierre Cartier in 1910 and was reset in a three-tiered circlet of white diamonds in order to tempt Evelyn Walsh McLean, a Washington DC socialite and mining heiress. The diamond was again reset as a pendant on a necklace of white diamonds and remained in the possession of Mrs. McLean until her death in 1947.

The diamond was eventually purchased by Harry Winston, the famous jeweler, who ultimately donated to the Smithsonian Institution in Washington, DC, where it has been one of the star attractions in the hall of minerals, outstanding even among other pieces donated by Mr. Winston

Finally, the diamond also inspired the fictional “Heart of the Ocean” in the movie Titanic, and in 2005 enhanced technical examination proved that the stone was indeed the French Blue that was stolen from the jewelry collection of Marie Antoinette.

Believed to be the sister stone of the Hope Diamond, the Wittelsbach-Graff is a 31.06 carat, internally flawless, deep blue masterpiece. 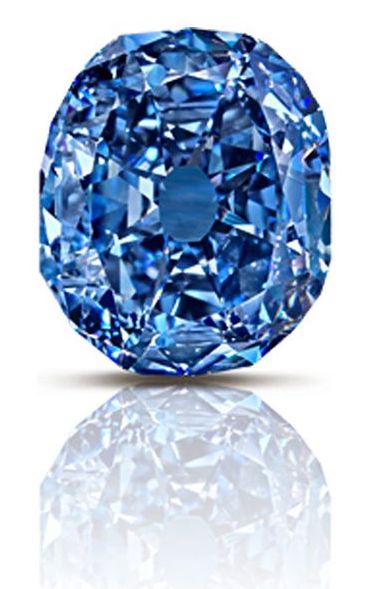 This diamond has been owned by a plethora of members of European royalty, and was ultimately incorporated into the Bavarian crown jewels during 1722, where it remained for over a century. After Bavaria became a republic and various financial hardships plagued the country, the crown jewels were dispersed and the stone would ultimately fall off the radar only to resurface during the early 1960s. It was during that time that Joseph Komkommer was given the task of evaluating and recutting the diamond, however after recognizing the stone he refused to cut it as it would compromise the diamond’s history and value. The stone would disappear from the public yet again, eventually resurfacing in 2008 where it was bought at an auction by Laurence Graff for a record breaking $23.4 million. The diamond would ultimately have 4.52 carats trimmed off, revealing its true brilliance and clarity.

The GIA would give this diamond an IF “fancy deep blue” grading (updating its profile from “fancy grayish-blue”. It would therefore be safe to assume that the aforementioned update will have a significant impact on the value of this historic diamond.

The Oppenheimer blue, originally believed to have originated from the Cullinan mine in South Africa, is a rectangular cut, 14.62 carat, fancy vivid blue diamond. Characterized as the “gem of gems” by investors and collectors, this stone yields the highest and clearest saturation of blue possible (proven by the GIA).

This stone originally belonged to one of the most powerful families in recent history. With the help of J.P. Morgan, E. Oppenheimer founded the Anglo American Corporation of South Africa Ltd. which heavily controlled the supply of the worldwide diamond market during the 1900s. The family ultimately gained complete control of the mines and had unlimited access to some of the world’s largest diamond deposits. The stone was named after its previous owner, Sir Phillip Oppenheimer who owned the diamond up to the 1990’s when it was then sold to a jeweler at an undisclosed amount.

This diamond eventually made its way to Christie’s auction during May of 2016 and set a record breaking price of $57.5 million.

The Heart of Eternity

Discovered in the Cullinan mine during the 1990s the Heart of Eternity is a fancy vivid blue VS2, heart shaped cut diamond, weighing 27.64 carats. 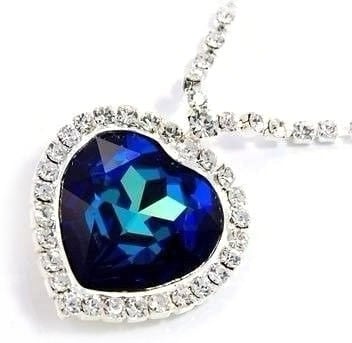 The diamond was initially part of a 777 carat rough stone that had been purchased by the De Beers Group and cut by the Stenimetz Group. Once operations were complete the diamond became part of a collection of the eleven rarest blue diamonds which was revealed by the De Beers Group in January of 2000 to honor the new millennium.  The De Beers Millennium Diamond Collection, was showcased at London’s Millennium Dome and was undoubtedly the most exclusive and rarest set of diamonds the world had seen

This gorgeous diamond was last seen for public display in 2003 as part of the Splendor of Diamonds exhibition at the Smithsonian Museum of Natural History, alongside eight of the world’s most famous diamonds including the Alnatt and the Moussaieff Red.

This marks the end of part 2 and concludes our tribute to blue diamonds. Honorable mentions for this list include “The De Beers Millennium Jewel 4”, “The Ocean Blue”, and “The Blue Moon Diamond.” We hope you found it both entertaining and informational.