The Argyle Tender – The Top Event of the Diamond World!

June 26 saw a preview of Rio Tinto’s annual event, the Argyle Pink Diamonds Tender for 2015 at the Sydney Opera House, introduced along with a short clip of choreography by the Australian Ballet’s artistic director David McAllister. 2015’s tender was themed as the Connoisseur’s Collection, and showcased 65 diamonds at a total weight of 44.14 carats. 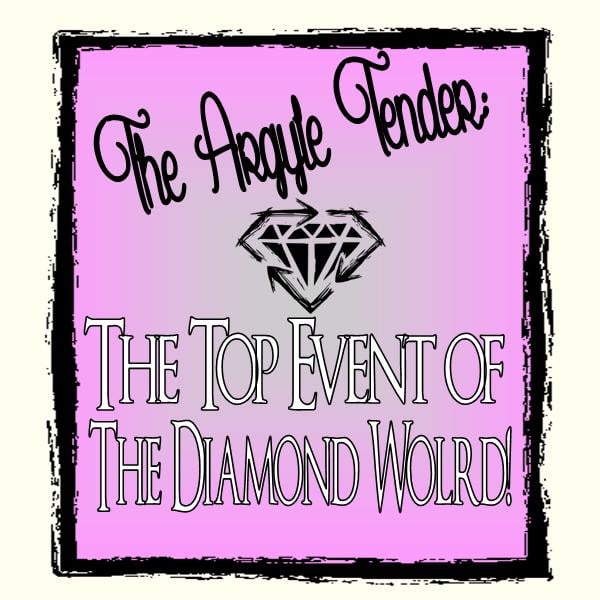 The stars of 2015’s show included three Fancy Red and two of the mine’s famous pink diamonds which attracted considerable attention and demand.

Alan Davies, chief executive of Rio Tinto Diamonds and Minerals has commented that the collection is one of the most beautiful in the history of the tender. 2015’s tender included 59 other exceptional stones with a total value in excess of $40 million, with investors expecting that parts of the collection will command over $1 million per carat. The annual tender is somewhat of a traveling show, with viewings held in Sydney and Perth, as well as New York City and Hong Kong. Bids closed on October 21, 2015.

As the Argyle mine passes its 31st year, these rare diamonds are on their way to becoming even rarer. The mine is slated for closure in 2020, and it is estimated that there are less than 500 quality Argyle pink diamonds to be discovered. As long as the mine remains commercially viable, those hypothetical diamonds may be brought to the surface. However should there be an abrupt drop off in quality, the mine may be closed sooner, as was the case of the Ellendale yellow diamond mine. It is inevitable that these diamonds are entering a class of their own in terms of being seen as investments akin to works of fine art. Just as there is only one Claude Monet, who’s 1908 painting “Le Grand Canal” recently sold for GBP23.7 million at Sotheby’s, these diamonds are limited in supply. Each one is unique and a work of art millions of years in the making.

Investing in pink diamonds is seen as a safe haven for wealth when other assets prove too volatile. These alternative investments can build a disaster proof portfolio where stocks and other traditional investment vehicles fail to provide investors with a sense of security. The price of pink diamonds per carat has only gone up over the course of time, even during the recent recession. As with the finest artworks, these diamonds are meant to be acquired as investments over the long-term. Many of the stones will not become jewelry to be worn by celebrities and royalty, but will instead occupy room in a vault, or may be exhibited in museums for the marvels of nature that they are.

For more information about pink diamonds, see the links below: