On December 4 of 2017, Laurence Graff purchased the Peace Diamond from Sierra Leone’s government for a respectable $6.5 million. While this might just sound like any other purchase, it actually has a much deeper meaning. In this article we will be briefly looking at why this purchase is so important. 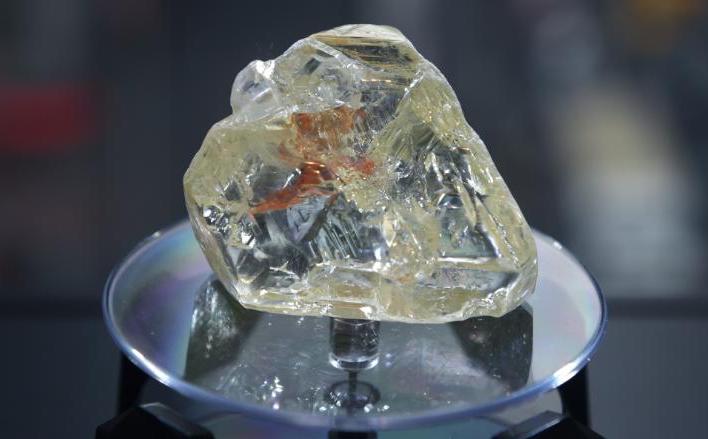 As a fairly recent discovery, the stone does not have a very rich history. The rough was initially found in the eastern Kono province in Koryardu Sierra Leone during March of last year by a group of artisanal diggers.

The rough weighs in at 709 carats and according to the Rapaport Group (which helped bring the stone to auction) it is the 14th largest stone to ever be mined and the 3rd largest stone to come out of Sierra Leone.

The first legal owner of the stone was the village Pastor, Emmanuel Momoh. Seeing the size of the stone, he had high hopes that this might bring in funds to help his community. He therefore proceeded to deliver the diamond to Ernest Baik Koroma, President of Sierra Leone.

From there, they led a transparent auction in Sierra Leone on May 11, 2017. The stone managed to yield a $7.7 million bid, but it was rejected shortly after.

Both the Pastor and President chose that it would be wiser to have the diamond go through an international auction process, thus making it available to a much larger pool of buyers and ensure a fairer market value price for the rough.

The stone was aptly named the Peace Diamond because that’s exactly what it is aspired to bring. Most of the proceeds will be used to aid the village in which the rough was found.

During the past decades, all diamonds found were traded illegally to fund the devastating civil war plaguing the area (these were the so called blood diamonds).

So rather than have the diamond be sold to smugglers and continue to feed the conflicts, the community brought it to the attention of the government, which as we saw above, arranged for the stone to be properly auctioned.

The Sale & Its Expectations

As we mentioned in the intro, the diamond would eventually be purchased by renowned jeweler, Laurence Graff for $6.5 million on December 4, 2017. While this is no small sum, it was not what the government of Sierra Leone expected a massive 709 carat rough to yield. The sellers were especially disappointed after turning down a much larger sum in an attempt to get a fairer market value.

Why Did The Price Not Live Up To Expectations?

It is completely logical for the people of Sierra Leone to feel that the diamond was sold “cheaply” especially when similar sized roughs have sold for almost tenfold that amount. For an example, the 813-carat Constellation Diamond yielded a truly massive $63 million in 2016.

There is however a logical explanation behind this, as Tobias Kormind, managing director of 77 Diamonds, tried explaining to CNNMoney.

Oftentimes, a gem might not be as lucrative as its size suggests. He went on to say that the Peace Diamond is a fairly complicated stone to work with, and that large roughs do not necessarily translate to a large finished product.

If a rough cannot be transformed into one large clear high quality stone, it will often be turned into several smaller stones, ultimately decreasing the value by large amounts.

According to a report by Rapaport, the proceeds from the diamond’s sale will all be allocated to serve the community in which it was found. More specifically, $3.9 million or 59% of the selling price, will go to the Government of Sierra Leone as taxes, $980,000 or 15% will be allocated to the Diamond Area Community Development Fund for infrastructure, and 26% will go to the artisanal diggers who found the diamond, which roughly translates to $200,000 each.

Despite the final selling price being a bit disappointing, the Peace Diamond is still viewed as a symbol of peace and hope, and more importantly as an example of what can happen if people digging for precious stones sell them through official channels.

Also here are some articles you might find interesting: