The 2018 Argyle Tender: A Complete Analysis

October 10th marked the day all bidders had to send Argyle their bids for each of the 63 diamonds that were being offered at this year’s annual Tender. As per usual, the stones presented were of exceptional quality and grading, leaving everyone with very positive impressions. 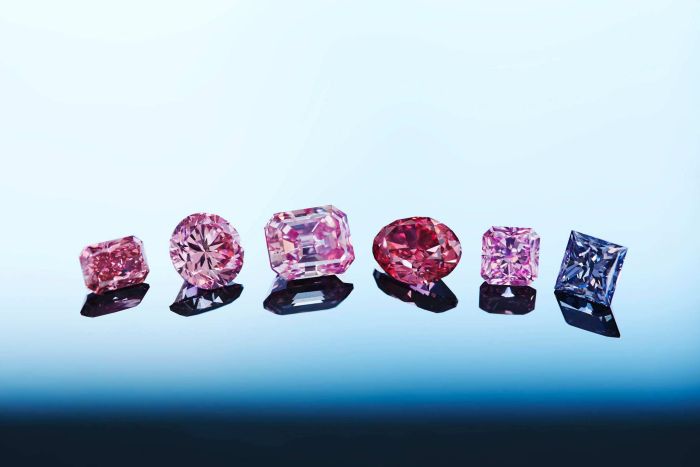 Perhaps the most noteworthy thing to point out however, is that for the first time in 5 years, a diamond weighing more than 3 carats was offered!

Before we begin analyzing the Tender and speculating for the future of the industry however, let’s take a look at the 5 Hero Diamonds that headlined this year’s auction.

Hero Diamonds of the 2018 Argyle Tender 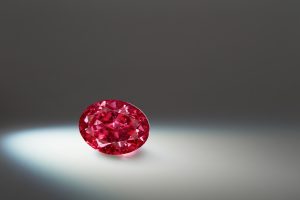 Let’s start the list with a truly magnificent stone; the “Argyle Muse,” a 2.28 carat, oval cut, SI1, Fancy Purplish Red. Not only is the color combination of this diamond extremely rare, it is also the largest and only Fancy Purplish Red over 2 carats to have ever been offered at a Tender.

While not officially stated, anonymous sources are claiming that this diamond has fetched the highest price ever paid for a stone during Argyle’s annual Tender. 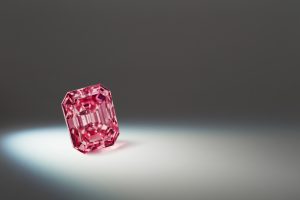 Next we have the “Argyle Alpha;” a 3.14 carat, emerald cut, SI1 clarity, Fancy Vivid Purplish Pink. Once again, this is the largest diamond of its kind to ever be offered in a Tender, according to a statement made by Rio Tinto. 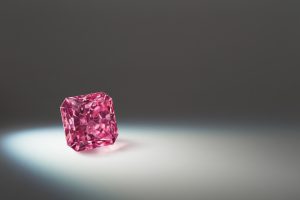 The third diamond to be presented during this year’s tender was the “Argyle Maestro.” A beautiful 1.29 carat, SI2, square radiant cut, Fancy Vivid Purplish Pink. 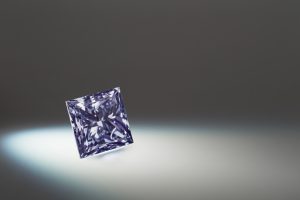 Continuing the trend of largest diamond of its kind to be presented at a Tender, the “Argyle Alchemy” managed to amaze bidders with its interesting hue combination of Fancy Dark Grey-Violet. The princess cut stone, weighed in at 1.57 carats, and had an SI2 clarity grading. 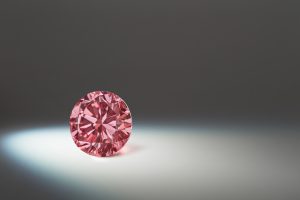 The final hero diamond on the list was the “Argyle Odyssey.” This 2.08 carat, SI1 clarity, round brilliant cut, Fancy Intense Pink was the largest round cut Fancy Intense pink this year, and the largest presented at a Tender for the past 3 years.

The winner of each bid was privately announced on October 12th, however, for legal and financial reasons the winners for the Argyle Tender Hero Diamonds will not be announced until the following two conditions are met:

Generally speaking, this Tender had similar characteristics to those of previous years, dating back to 2013 when Rio Tinto initiated the underground expansion of the mine. Since then, the average total weight of each Tender has been around 50 carats, with diamonds averaging at 0.83 carats. This year, while the Tender showed a slightly higher overall average of 51.48 carats, the average size of each diamond was a bit lower, at 0.82 carats.

Since the mine went underground in 2013, the amount of pure red diamonds has shown an increase when compared to prior years, and has been steady between 3 and 4 diamonds annually. This year, the tender included an impressive 5 pure red diamonds, and 2 purplish red diamonds, one of which was the largest in the Tender’s history. However, this was considerably less than last year, where 4 such stones were presented. 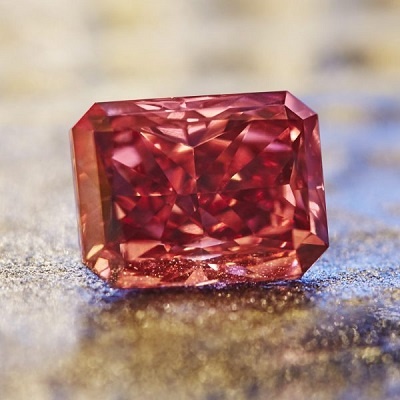 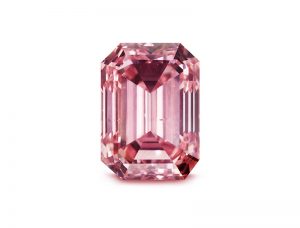 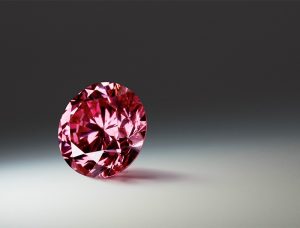 Fancy Deep Pink diamonds hide more potential than you might think. They have a very unique nature that, under the right circumstances and processing, can have 2 possible derivations. Let’s elaborate:

If these stones are properly re-polished, they can allow more or less light to enter and refract, which in turn affects the depth of their color. The result may be a transformation into a Fancy Vivid Pink Diamond, and in some instances, the color can even be upgraded to Red, since the increased depth of hue results in a much more saturated color grade. 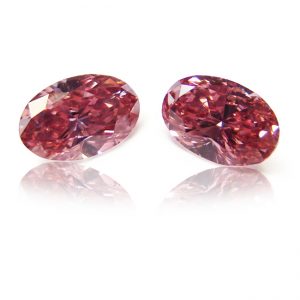 Apart from Reds and Pinks, the Argyle mine is also known to produce violet and blue diamonds, but in very small quantities. This year we saw 4 such stones. The “Argyle Alchemy” which we saw in the Hero Diamonds section; a 1.57 carat, SI2,  Fancy Dark Gray-Violet; a 0.43 carat Dark Gray-violet, and a 0.48 carat, Fancy Greyish Violet. 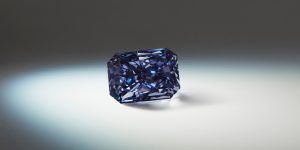 IF: No IF stones were presented in this year’s Tender. In the past 6 years, we have only seen 1 Internally Flawless diamond offered, and that was 2 years ago, in 2016.

VVS: The average number of VVS diamonds in the past 6 years has been 3, so seeing 3 VVS stones presented this year means that there is consistency in clarity quality.

SI: This counts for the majority of diamonds presented this year. More specifically we had 30 SI diamonds presented, which is the same as last year, and a tie for the highest number of SI clarity stones in the Tender’s history.

I: This year there were 19 diamonds graded in the I clarity, which is slightly over the 6 year average of 17.

While seeing a large carat stone presented at a Tender is always exciting, this year Argyle really outdid themselves. As we saw previously, 2018 presented the largest Fancy Purplish Red Diamond, as well as the largest Fancy Vivid Pink Diamond; both of which being breathtaking Hero Diamonds.

Moreover, 11 stones were above 1 carat, which is in fact slightly lower than the average of 15. The highest number of such stones recorded at a Tender during the last 6 years was 21 in 2016, and the lowest in 2015 with only 9. 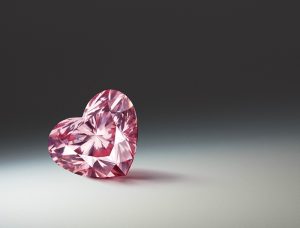 The average number of stones presented at the Tender for the past 6 years was been 61. The highest recorded number in these years was 65 in 2015, and the lowest, 61, in 2014. As we saw earlier, this year ranked slightly above average with 63 very impressive stones.

The Future of the Argyle Mine

The Argyle Mine is set to cease operations by 2020, which means that there are only two annual tenders left (unless they want to host a special, “Farewell” Tender in 2021, but this is just speculation.) What is known however, is that once the mine shuts down, approximately 90% of the world’s supply of pink diamonds will cease to be renewed. 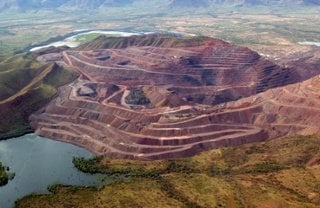 Two things will most likely happen at that point:

1) The price for the remaining supply of pink diamonds in the world can be expected to appreciate significantly.
2) The resale value of argyle pink diamonds will most probably increase exponentially.

The above can be further cemented by the fact that prices for annual Tenders has steadily been rising, with each year outperforming the last.

With only 2 or 3 Tenders left, we believe that prices will continue to rise due to increased rarity and demand. Once the mine closes, we do expect to see a period of “drought,” which will ultimately make way for the resurgence of secondary market diamonds, potentially yielding significant price appreciation.

As we mentioned in our speculation article however, no-one can accurately predict how the market will evolve, however only one thing is for certain. The closure of this mine will truly mark the end of an era for breathtaking pink diamonds.

Do you have any questions? Is there anything else you would like to cover in more detail? Let us know! And as always, feel free to follow us on  LinkedIn and Twitter.

If you are unsure about how to position your investments in fancy colored diamonds, Arpège Diamonds stands ready to help.  With over 50 years of combined industry experience, we’ll help you gather the most effective information and insights so that you can make educated decisions on your fancy colored diamond investing.  You can contact us at 866-821-5508 for a personalized review.