Pink diamonds are perhaps the most coveted of all the colored diamonds. They consistently bring in some of the highest price tags and draw the most attention at auction. There have been several notable sales of pink diamonds over the last decade, including The Sweet Josephine, The Graff Pink, and The Unique Pink. These diamonds all boast a weight of 15+ carats and each sold for $20 million or more. Yet, there are some smaller pink diamonds that have sold recently that are also notable both in their beauty and price tag. In this article, we will discuss the price of pink diamonds of these lesser known stones. 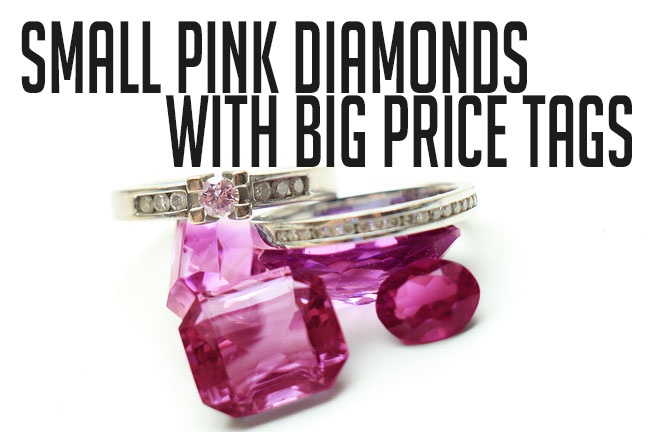 Price Of Pink Diamonds Throughout History

While these beautiful diamonds are small in size when comparing them to record breaking pink diamond sales, they are far from small to the average diamond buyer. With the average weight of these diamonds hovering around 5 carats, it is important to remember that these diamonds are around 11 millimeters wide, making them only slightly smaller than the size of a dime. As pink diamond supply depletes with the impending closure of Rio Tinto’s Argyle Diamond Mine in Australia, expect to see price of pink diamonds, large and small, continue to swell.

For more reading on pink diamonds, see the links below: