Fancy orange diamonds are one of the world’s most precious natural stones. Each time one is discovered, it generates significant excitement among investors and collectors as orange colored diamonds make a remarkable investment due to their rareness and captivating color. 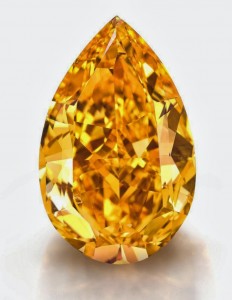 The orange color in diamonds is believed to be the result of the existence of nitrogen during its natural formation. If a stone is less than 25% orange it will be considered “orangy,” resulting in colors such as deep brown-orange or orangy pink. These shades tend to be more common and more accessible in price.

Up until recent years, the amount of fancy vivid orange diamonds sold at auction had been very minimal, with most weighing below 6 carats. It was in 2013, when the largest fancy vivid orange diamond, known as “The Orange,” generated a media buzz. Investors rushed to purchase the 14.82 carat diamond at auction, where it ultimately sold for an astonishing $35.5 million at Christie’s Geneva Magnificent Jewels. The GIA graded this specific diamond as a “pure” orange, a classification which rarely exist since most orange diamonds have secondary hues such as brown or yellow. At the time of its sale, it set a world record price of any orange diamond ever sold.

While this miracle of nature is said to be world’s largest vivid orange diamond to date, there have been two other large orange colored diamonds. The “Pumpkin Diamonds,” a 5.54-carat cushioned cut fancy orange diamond was purchased in October 30, 1997. It sold just one day before Halloween at a Sotheby’s auction for an estimated $1.3 million. The other, a 4.19-carat cushioned cut fancy vivid orange sold in 2011 for $2.95 million to a private buyer.

Orange diamonds are exceptionally rare and indeed desirable to collectors and investors as they are gems which may only be seen once in a lifetime. Orange diamonds can offer immense investing opportunities. When looking to invest in an orange diamond, keep in mind that their value highly depends on the intensity of their hue; a pure orange diamond will see a rise in demand and price.

For reading on other colored diamond trends, click the links below: 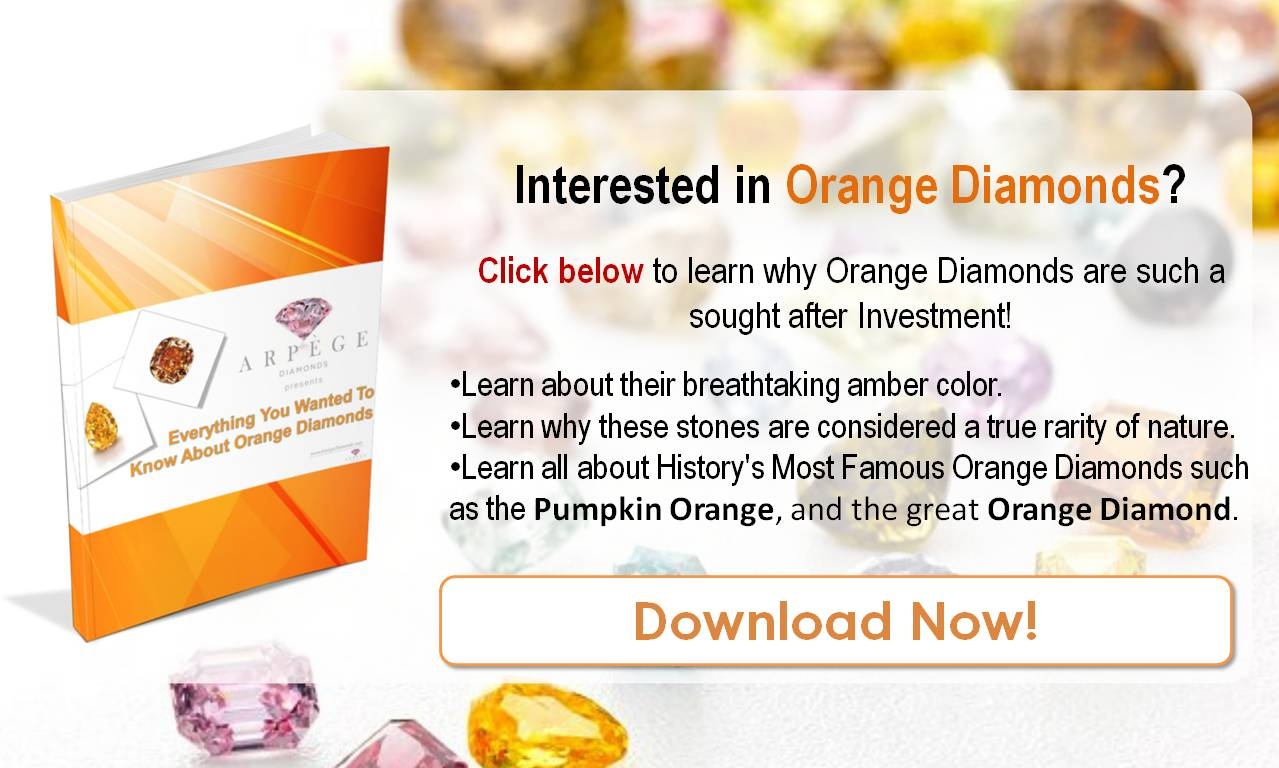