Pink diamonds are without a doubt the rarest diamonds in the world. The only reliable source is the Argyle mine in East Kimberley, Australia. While this is a very active mine, their signature pink stones make up less than one tenth of one percent of their total output!

These fancy diamonds attract attention for any number of reasons. Their beauty tops the list, as tiny structural variations inside the stone produce colors ranging from light rose pink to deep violets and blues. Their rarity makes them a status symbol as well, since they routinely command high prices at auction. It is not uncommon to have pink diamonds at auction sell for more than $1 million.

What makes pink, especially light pink diamonds such a potentially valuable collectables? These stones are already rare…and they are about to get rarer. We mentioned earlier that Australia’s Argyle mine, owned by Rio Tinto, is the world’s major source of pink diamonds, but the Argyle mine is nearing the end of its lifespan. It took a break from production in 2013, to convert from open pit mining to an entirely underground operation that would expand the life of the mine by only about five years. Just last year, Rio Tinto indicated that the mine could cease operations in 2020, ending any reliable source of these highly valued stones.

One of the pitfalls of collecting precious stones has always been the difficulty of valuing them. “An ounce of gold is an ounce of gold,” explained senior investment partner Brent Fykes, of Genspring. “It’s not like that for diamonds.” Rather than simple volume, diamonds are graded on a sliding scale, based around the four C’s: clarity, color, cut, and carat (weight), which can make grading diamonds a very subjective process.

The greatest advantage of collecting pink diamonds is that their rarity shows potential appreciation. With the promise of a finite supply in the next few years, interest in pink diamonds has never been higher, and that interest, both from jewelers and collectors, is driving the price higher with each passing year. 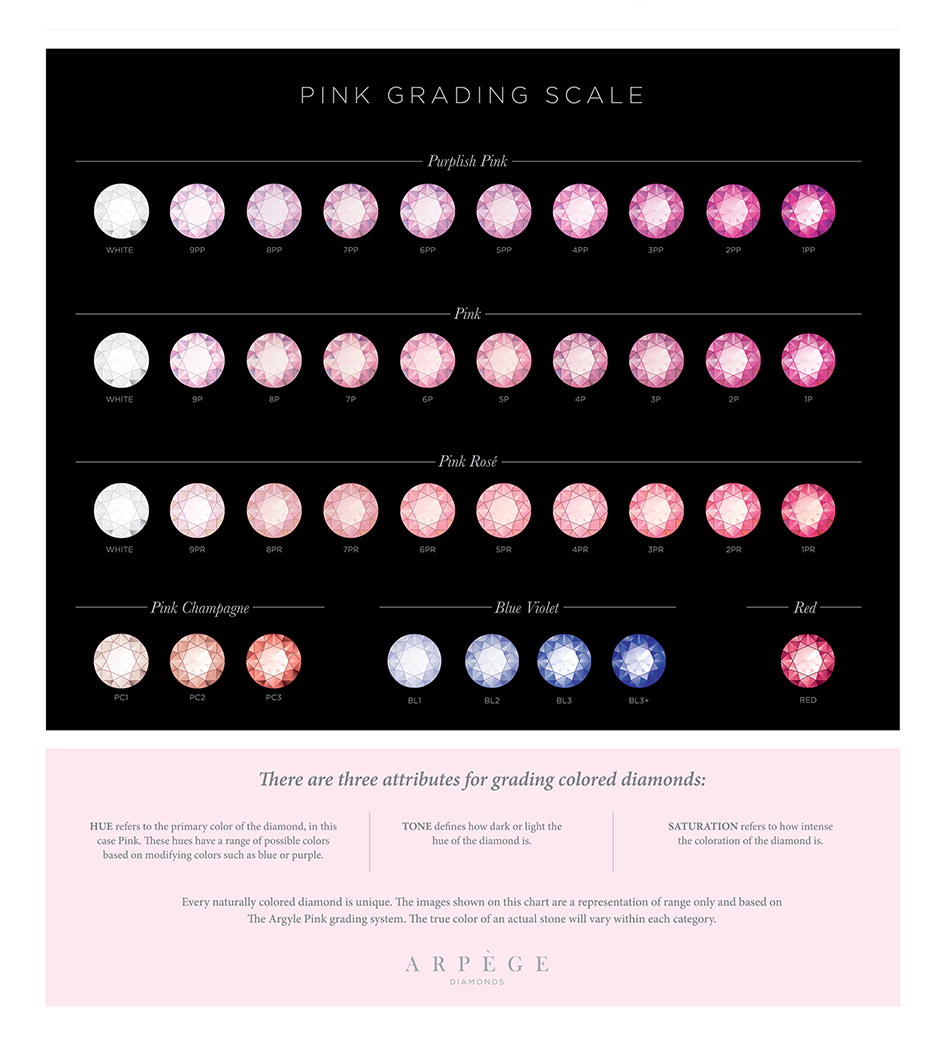