How Naturally Colored Diamonds are Formed

There are no two diamonds that are exactly alike. These gems have taken millions, and in some cases billions of years to form. Geologists believe that diamonds were formed in the earth’s mantle and brought up by volcanic eruptions many eons ago. Modern times have seen these gifts of the earth being commercialized, and out of all the diamonds in the world, colored diamonds are the rarest. How exactly do these rare gems get their color? 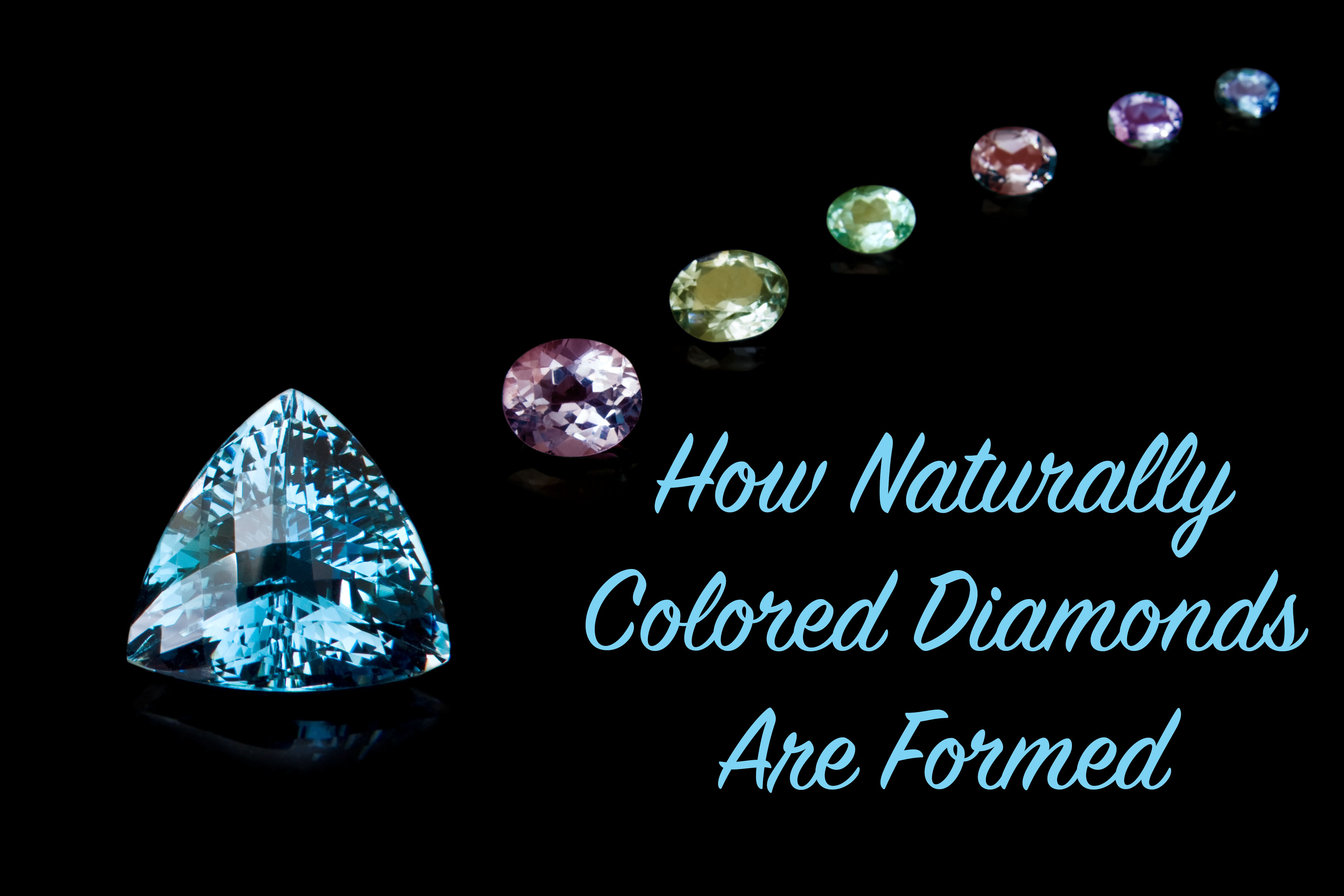 In simple terms, naturally colored diamonds are formed just like their colorless counterparts, except that certain elements get trapped within the stone just before its crystallization. As a result, the chemical processes that occur after formation are altered, with the end result being unique, rare, and stunning colored diamonds.

These three colors are exclusive when it comes to colored diamonds. They are by definition clean of any impurities, meaning no element was trapped within the diamond. They get their colors from internal structural defects known as a lattice. 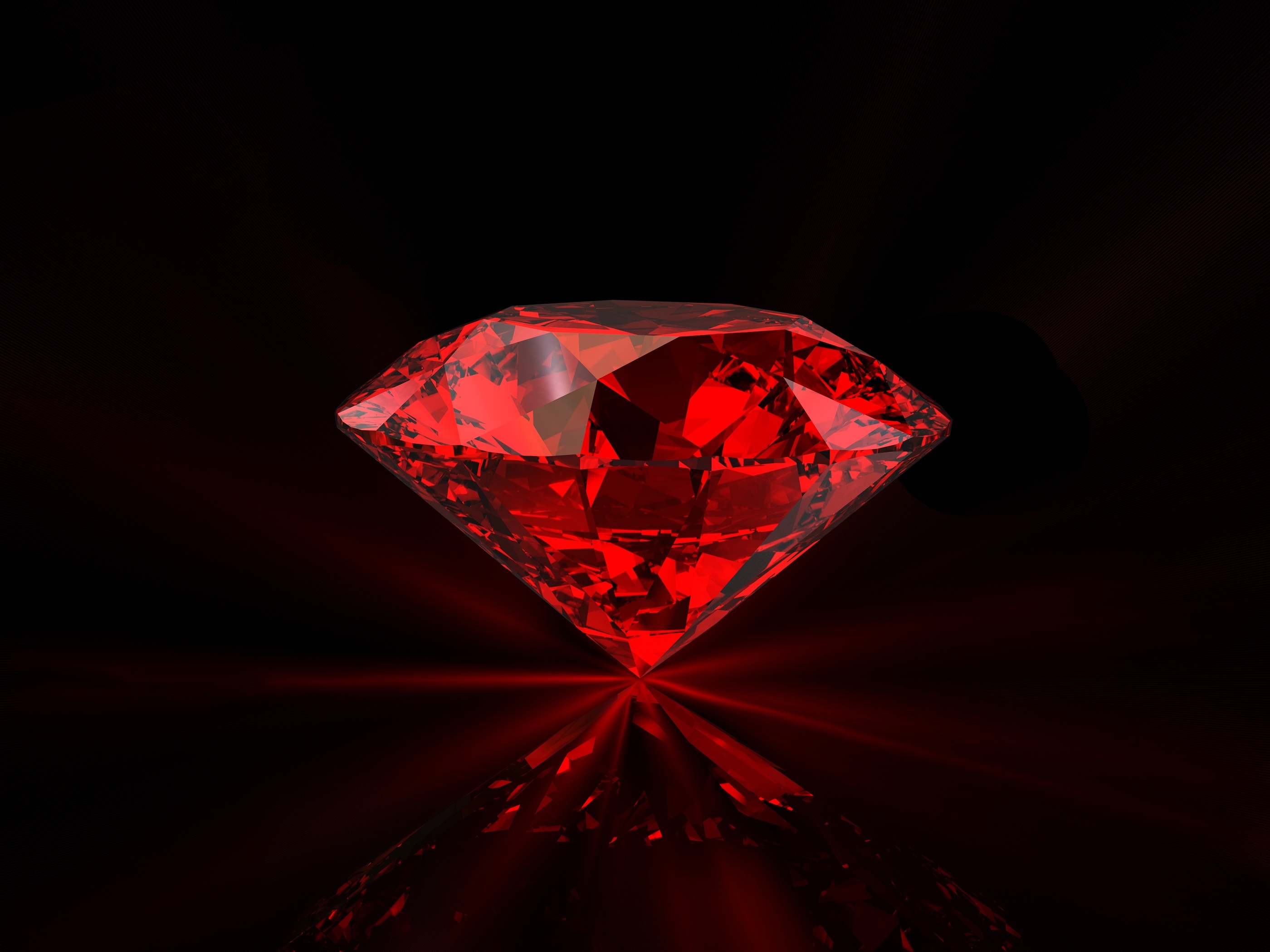 It is a deformation in a molecular level that causes certain light to be absorbed and other reflected. The lightest in the spectrum is pink, which develops further into red and then brown. One famous pink diamond is The Martian Pink.

Boron is the key element in the formation of grey and blue diamonds. These stones have traces of boron trapped within their structure. Typically, nitrogen is also found with the boron, but when traces of nitrogen are low and boron is high, the diamond exhibits a beautiful blue color. Similarly, gray diamonds contain traces of boron, but when combined with the element hydrogen, they exhibit a blueish-grey color. The most famous blue and gray diamond include the Hope Diamond and the Wittelsbach Diamond.

We’ve all seen the cartoons with the green sludge and radiation right? We’ll there is a reason why radiation is associated with the color of green diamonds; it is how green diamonds get their color! Before these diamonds leave the uppermost layer of the earth’s crust, green diamonds are exposed and absorb naturally occurring radiation causing their color change. The green color is exhibited when red and yellow light are absorbed. A famous green diamonds is the Aurora Green Diamond. 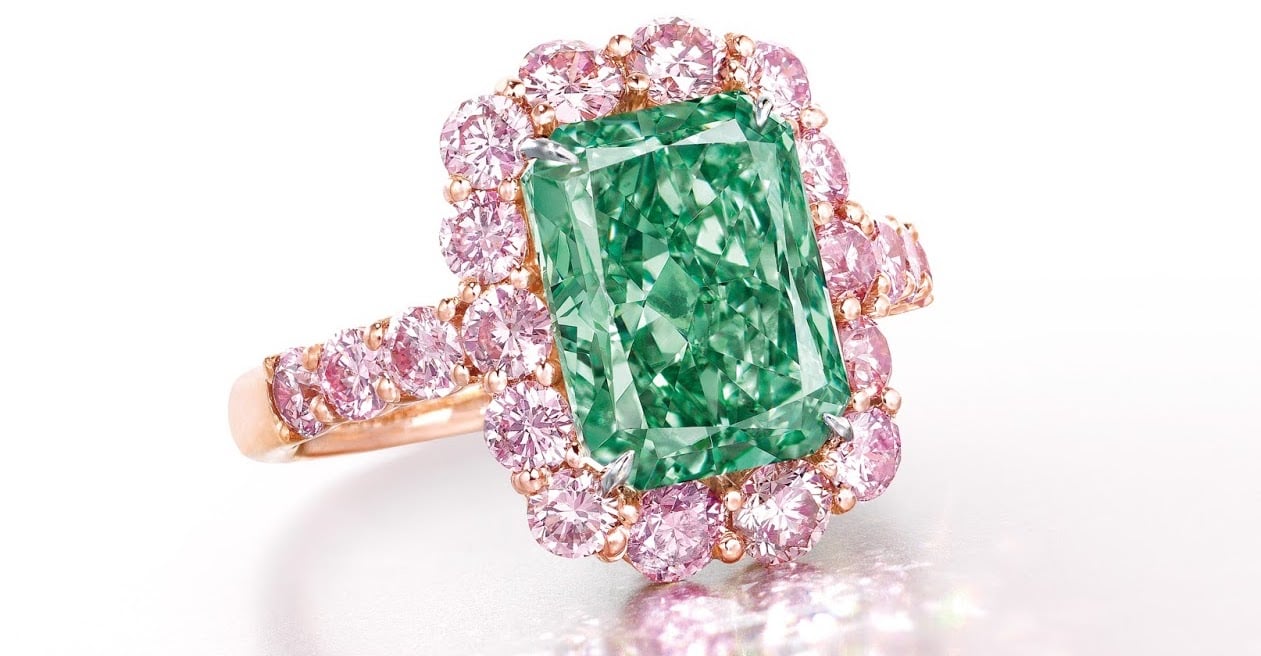 Purple diamonds are one of the most rare fancy colored diamonds found on the planet. Geologist don’t have a definitive reason to why they exhibit this color, but strongly agree on the theory that the purple color is due to post-growth plastic deformation. They believe this post-growth deformation occurs when the diamond travels from the earth’s mantle to the surface through magma. Since they come out pale, purple diamonds actually have a color concentrated internally along the deformation lamellae. One of the most famous purple diamonds is the Purple Orchid. 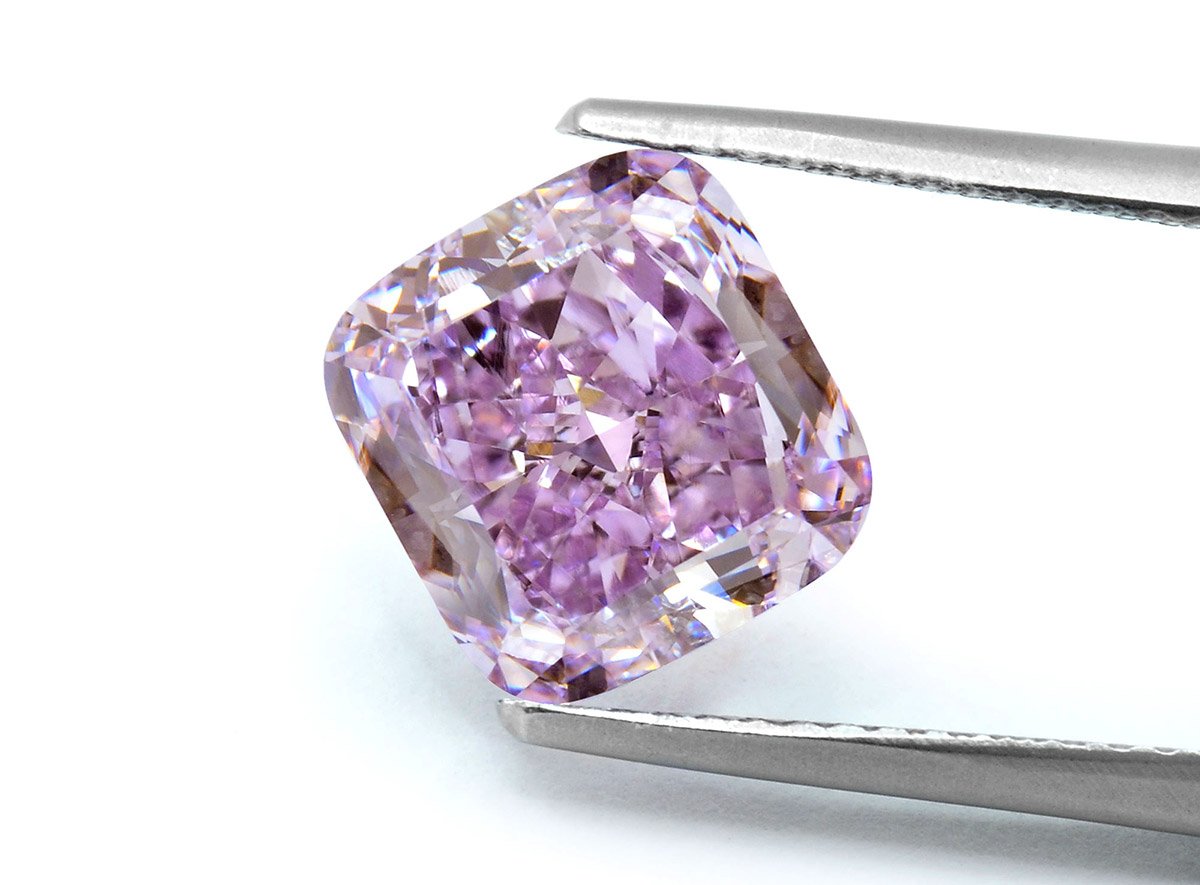 Yellow diamonds are the most common colored diamonds available. Their hue is due to the element nitrogen, which gets trapped just before the diamond is crystallized. On a molecular level, nitrogen is so similar to carbon that it actually takes the carbon’s place during the formation process. Orange diamonds are formed the same way, if viewed on a spectrum, the lightest color would be a light yellow and the deepest color would be orange. A famous yellow diamond that has gotten recent attention is the Sun-Drop Diamond. 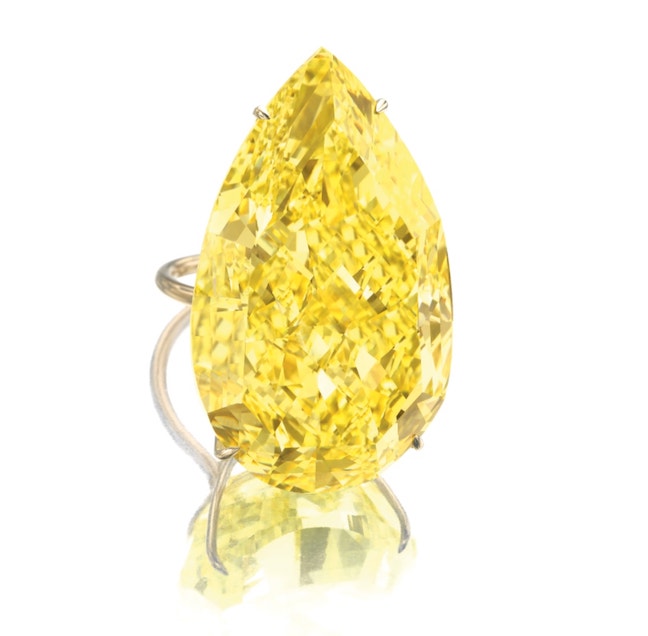 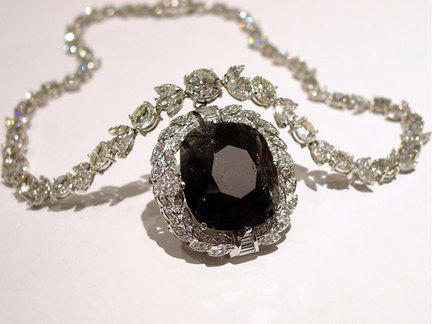 For more information on colored diamonds, see the link below: