Just like most other world famous diamonds we’ve covered, the Regent diamond too has a very interesting past. Join us as we discover the unique and fascinating history of this diamond, which spans over 300 years. 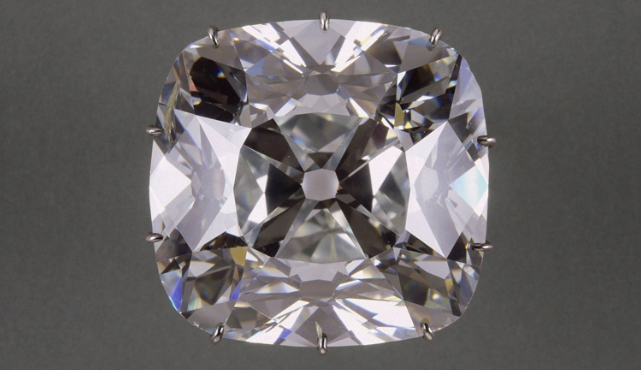 The Diamond’s Origins – A Dark Past

Originating as a 410 carat rough, the Regent was initially found in the Guntur district of Andhra Pradesh, India, during 1698 by a slave working in the Kollur Mine. Upon its discovery, the slave was quick to hide the stone on his person (more specifically it is believed that he hid the gem in a large wound on his leg). Eventually however, an English sea captain found out about the stone’s existence and the man who possessed it and without second thought, killed the slave and stole the diamond. Shortly after it was sold to an Indian merchant  that went by the name Jamchand.

The First Cut by Thomas Pitt

Jamchand ultimately sold the stone in 1701 to Thomas Pitt, President of Madras. It is said that the gem was valued at 48,000 pagodas; roughly $3.7 million dollars if it were to be sold today.

Then named Pitt’s Diamond, the stone was sent back to England during 1702, however the decision to cut it was not made until 1704. The man ultimately appointed to process the stone  needed a whole 2 years to transform the uncut 410 carat rough into the 141 carat cushion brilliant masterpiece we know today. Alongside the Regent several other stones were produced which were eventually sold to Peter the Great, of Russia.

Stolen During the French Acquisition

The now transformed stone was offered to a multitude of European royals, including Louis XIV, who as we previously saw, had purchased the beautiful Hope diamond in 1699. What was very interesting (and quite astonishing) however, was that there seemed to be a severe lack of interest for the diamond, with no one willing to purchase it.

Eventually, Pitt and his sons brought the diamond to Calais during 1717, where it was bought by Philippe II, Duke of Orleans. While the sale price was still very respectable for the time (estimated to be £135,000) it was still a significant loss to the Pitt family. What is interesting though is that Pitt owned a piece of land called a copy hold, according to law, the crown could confiscate the diamond from the family after Pitt’s death, as the lord of the copyhold was entitled to his most valuable possession upon his passing.

After the crown’s acquisition the stone’s name was changed to “Le Regent” or the Regent diamond, and was held among the crown jewels of France.

A History of Famous Owners

The Regent diamond has been worn by several members of the French royal family throughout its history. Specifically, in 1722, it was set into the coronation crown of Louis XV, and remained there until 1775, when it would again make it onto a new coronation crown for Louis XVI. From there, it found its way to the hands of Marie Antoinette who proudly wore it until it was stolen during the French Revolution along the Hope Diamond, the Sancy Diamond, and the rest of the crown jewels.

After its re-discovery in the attic of an abandoned house in Paris, it was acquired by Napoleon Bonaparte who initially wore it as an ornament on his scabbard, but eventually set it on the hilt of his sword. 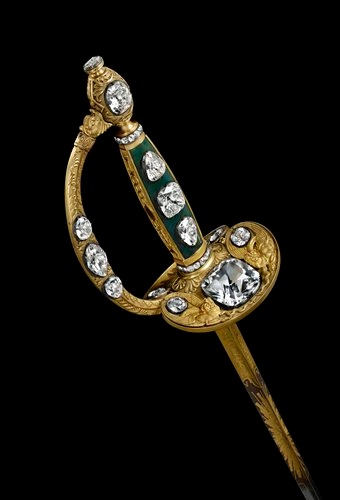 Upon his death, Archduchess Marie Louise of Austria, brought the stone back to Austria, but it was later returned to the French Crown Jewels where it was then mounted on the crowns of Louis XVIII, Charles X, and Napoleon III.

It was ultimately mounted in a Greek style diadem for Empress Eugenie, where it has remained up to this day. The stone can be seen today by visiting the French Royal Treasury at the Louvre, where it has been sitting since 1887 for the public to admire.

Could the Regend Diamond Be Cursed?

Like many other famous diamonds we’ve covered, it is believed that the Regent also carries a curse that brings misfortune to those who wear it. Many think that the curse dates back to the brutal murder of the slave who originally found the diamond. Since then the reputation of the Pitt family had been tarnished, both Louis XVI and Marie Antoinette were decapitated, Louis XVIII was exiled twice and ultimately died without bearing children, Charles X was forced to abdicate the throne and died of Cholera, and Napoleon III died in exile.

Could these misfortunes truly be the results of a terrible curse, or just unfortunate coincidences? We’ll leave that up to you to decide.

What is the Diamond Worth Today?

As for those wondering what this magnificent stone is worth today; it is hard to tell for sure, although estimates are placing this gem near the $73 million mark. Not surprising for such a beautiful and historic diamond.

Is there something we missed? What diamond would you like to see us cover next? Let us know, and as always, feel free to follow us on Twitter and LinkedIn.