Following the purchase of the now famous Peace Diamond, Graff closed off the year with another stunning purchase; the 476 carat rough, named The Meya Prosperity Diamond for an astounding $16.5 million. But why is this stone special? Let’s find out. 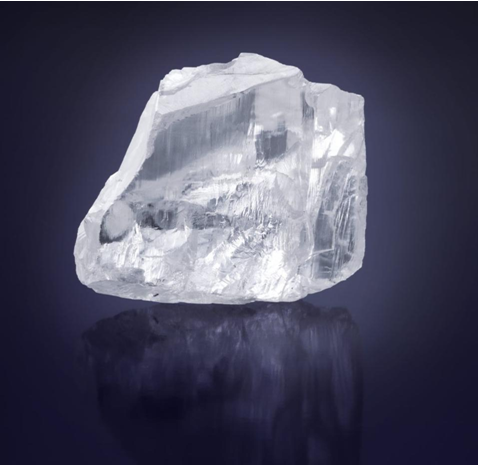 The Promise of the Kono Region

While 476 carats might not be as massive as its 709 carat relative, the Peace Diamond, it is still a very notable find. Currently the Meya Prosperity ranks as the 29th largest clear diamond in the world, and the 5th largest stone to have come out of Sierra Leone.

Also originating from the Kono Region, this beautiful, icy looking rough was the first significant find for Meya Mining (a joint venture by Germinate Sierra Leone and Trustco Resources),  and was unearthed just 5 days after the company invested in new mining equipment for the plant.

Such a discovery marks a very promising future for the mine, and more importantly the region. If diamonds of such caliber keep being unearthed it could potentially lead to substantial changes and development for Sierra Leone.

The Meaning for Graff

2017 was an exceptional year for Laurence Graff, as he was able to acquire 4 of the most important, and now famous diamonds, in recent history, with the $16.5million Meya Prosperity being the final piece of his rare clear diamond collection. In case you were wondering, the other 3 pieces are; the Peace Diamond (709 carats, for $6.5 million), the Lesedi La Rona (1109 carats, for $53 million), and a currently unnamed high quality 374 carat diamond (for $17.5 million) that is said to have once been part of the Lesedi La Rona.

With some 21, of the 21st Century’s most important diamonds in his arsenal, Graff is truly an unrivaled form in the diamond industry, and has rightfully been given the name of “The King of Diamonds”.

So what’s in store for this stone? Months and months of studying by Graff’s group of experts. The Meya Prosperity, along with the rest of the diamonds mentioned above, will undergo extensive studying in order to determine the most optimal cutting and polishing techniques to unveil the true beauty that lies deep within the roughs. What is more, the actual process of transformation might take even longer, so we will probably not see the finished product until mid-late 2018.

Having said all that, we truly can’t think of a person more suited than Graff to bring out the true beauty hidden within this stone. We will patiently be awaiting the transformation of the Meya Prosperity, and the rest of the remarkable stones acquired by this giant during 2017. This is especially true after this statement:

“We will soon reveal some of the most fabulous and valuable diamonds that the world has ever seen.”

Also here are some more articles you might find interesting