Arpege Diamonds continues to bring you the latest news from the around the world of colored diamonds. We strive to provide our readers with the most fascinating and important international information about colored diamonds. This month we will discuss colored diamond finds, upcoming auctions, diamond mine news, and more! 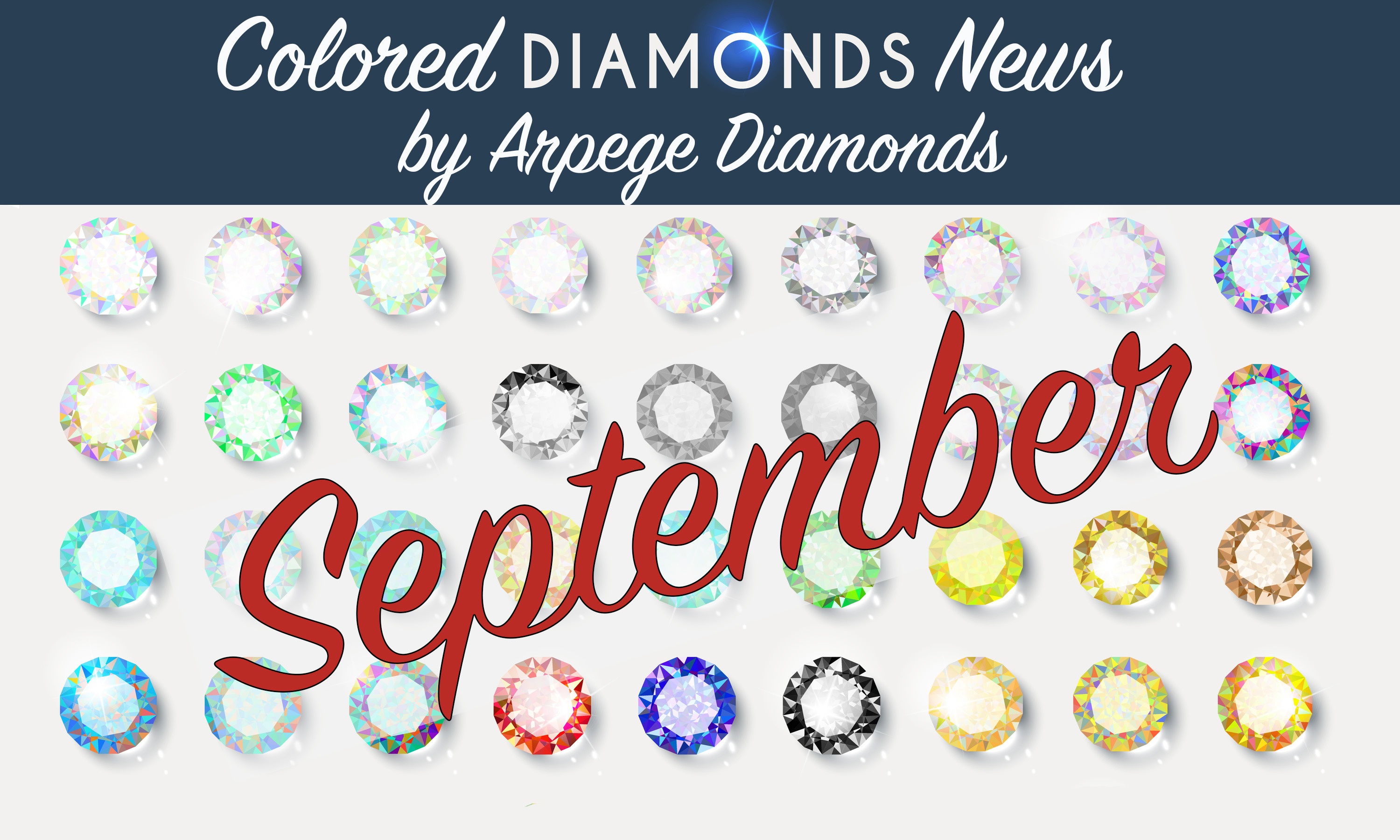 Alan Freeman of The Washington Post discusses an addition to Canadian diamond operations with the opening of Gahcho Kué mine in Northern Canada. De Beers has expanded their operations to the Great White North by opening what is now Canada’s fifth diamond mine. Far from De Beers South African mining operations, the $1 billion Canadian mine has some new obstacles to combat, including ice roads and plummeting temperatures.

A huge pink diamond found by a small Australian miner

Chris Pash of Business Insider Australia presents a great photograph of a recently discovered 38.6 carat pink diamond by The Lucapa Diamond Company. The small Australian mining company uncoverd the diamond in Angola, Africa at the Lulo Diamond Project. The diamond is now the largest pink ever discovered at the Lulo site.

Mark Beech from Blouin Art Info covers one of the latest colored diamond auctions held in London on September 20th by Bonhams Auction House. The star of the show was a 3.81 carat fancy intense blue diamond which sold at the auction for nearly $3 million. The diamond was expected to sell for between $1.7-2.4 million and far exceeded the pre-auction estimates. Bonhams is no stranger to record-setting diamonds, having previously broken records during the sales of two previous blue diamonds.

Stacey Hailes of Professional Jeweller announces that Boodles has been named as a select atelier for Argyle pink diamonds from the Rio Tinto company. Josephine Johnson, manager of Argyle Pink Diamonds stated that they are excited to work with Boodles to create elegant designs that accentuate the beauty of the Argyle pink diamonds.

Albert Robinson of Idex Online discusses the recent showcase of Rio Tinto’s Argyle Diamond Tender in Hong Kong. The collection features five “hero stones” which include two violet diamonds, two pink diamonds, and a red diamond. The 2016 line of the Argyle Diamonds has been traveling to previews around the world before bids close on October 12th.

The Israeli Diamond Industry covers the upcoming Sotheby’s Magnificent Jewel Auction which is slated to take place on October 4th in Hong Kong. The auction will feature a Cartier diamond ring as well as a red and pink diamond brooch.

India may auction diamond mine abandoned by Rio Tinto

CNBC discusses the possible future of a diamond mine in India that was abandoned by the Rio Tinto Mining Company. The mine, which is located southeast of New Delhi, is thought to contain 27.4 million carats of diamonds. Rio Tinto discovered the mine in 2004, but made the decision earlier this month to move their resources elsewhere, rather than developing the mine.

For more information about colored diamonds, see the links below: