Back to Back Record Breaking Blue Diamonds

April was full of auctions that yielded pretty exciting and unexpected results; however, most of the action definitely took place closer to the end of the month. While we would love to go into details for all the lots that did (and did not) sell, we want to focus on something far greater. During the month of April, we had not 1 but 2 record-breaking blue diamonds. 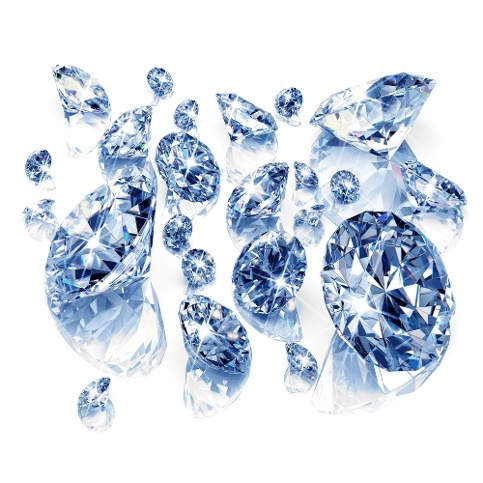 Let’s take a closer look at these amazing stones! 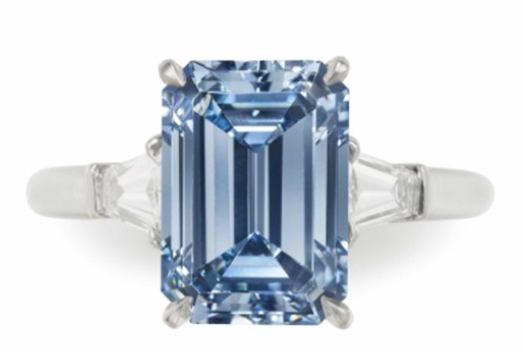 The 3.09 carat stone far surpassed its pre-auction estimates of $2-$3 million, indicating that there might be potential for re-polishing the gem into an upgraded Fancy Vivid Blue.

Being a higher color grade, it could potentially add significant value to the stone. While we can’t be certain of what the future entails for this diamond, we hope to see it break the record for its category again someday.

The key word in the previous sentence was “again” because the stone’s reign was short-lived. Just a day after the initial record was broken, a second blue stone yielded an even higher price tag during the Sotheby’s April 20th auction. 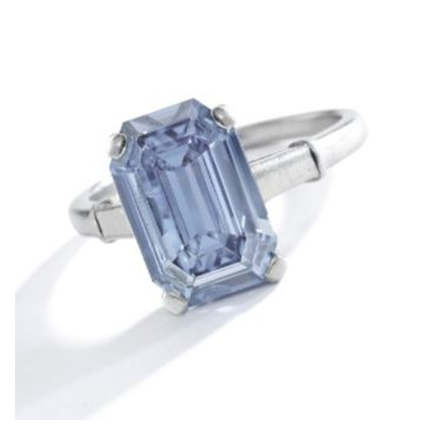 The stone in question was a magnificent 3.47 carat, I1, Fancy Intense Blue diamond which sold for a massive $6.66 million (or $1.92 million per carat.) This was significant as it not only set a new record for Fancy Intense Blues in the 3-5 carat category, it also broke the record for highest price per carat for the same category.

Currently, the higher price per carat record belongs to a 6.64-carat Fancy Intense Blue, which was sold during a Geneva auction in May 2016.  The 6.64 carat stone has not been officially proclaimed as the blue diamond with the highest price per carat value because it has not been separately measured.

At the time of its sale, the gem was set in a broach accompanied by 2 other blue diamonds and the piece was valued as a whole. It has been estimated however that the diamond can yield a very impressive $2.06 million per carat.

The fact that we had 2 record-breaking diamonds back to back is a great sign for the industry. It indicates that investors are beginning to educate themselves and are willing to pay higher and higher prices for colored diamonds. While we don’t know for sure how the industry will evolve; diminishing supply, heightened demand, and record-breaking stones are all a clear sign of a prosperous future for the fancy colored diamond market.

Were there any pieces that managed to “wow” you? Which is your favorite blue diamond? Let us know! And as always feel free to follow us on Twitter and LinkedIn!

For more insight on colored diamonds be sure to the links below: