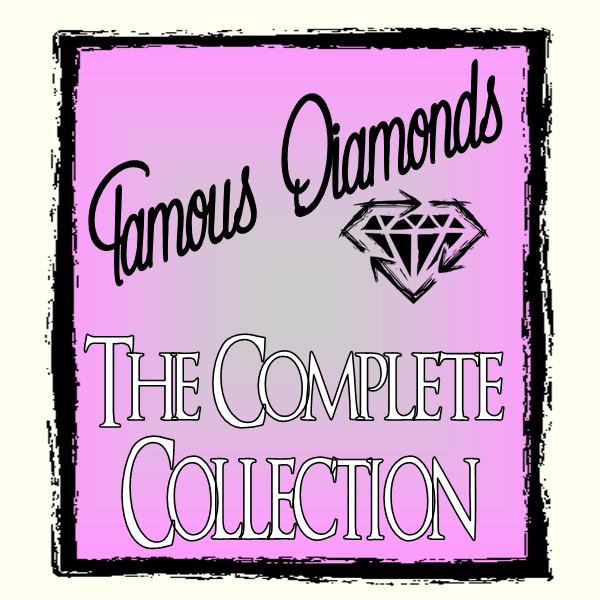 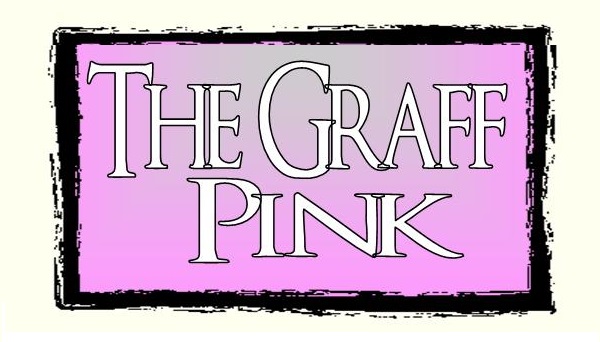 Laurence Graff is a well-known name is the diamond world. Graff Diamonds Company was founded in 1960 and is considered one of the premier diamond houses of the world. The Graff Pink was once owned by Harry Winston as a part of his private collection.  The diamond was out of the public eye for 60 years before being put up for auction in 2010. The Graff Pink was sold at auction for a record-setting USD $46 million. Laurence Graff purchased the stone at Sotheby’s Magnificent Jewels Sale in Geneva and immediately named the diamond the Graff Pink.
Because of the scarcity of pink diamonds, it is rare to encounter a stone more than five carats. The Graff Pink was classified a Type IIa stone and weighed 24.78 carats with a color rating of fancy intense pink by the Gemological Institute of America.  The diamond exhibited 25 natural flaws that Laurence Graff thought could be removed. The diamond cutter was able to achieve this feat without compromising the integrity of the diamond and also heightened the intensity of the color.
Despite the diamond being trimmed from 24.78 carats down to 23.88 carats, the intesifying of the pink hue and the improvement of clarity certainly added value to the stone. There is no way to determine the worth of the stone until it goes to auction and is assigned a starting bid. If the day comes when The Graff Pink goes up for auction, a new record could easily be set for pink diamonds. 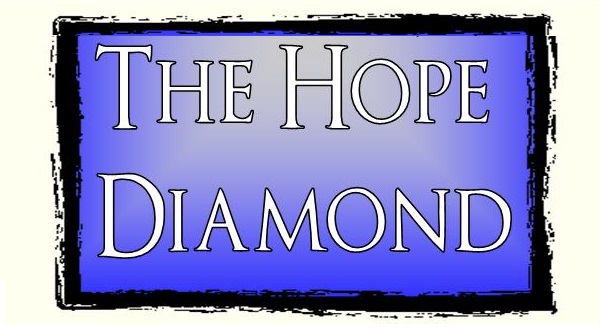 Named for Henry Philip Hope, the diamond has been known by other names, including Bijou du Roi, Le Bleu de France, and Tavernier Blue.  The Hope Diamond is believed to have come from the Kollur Mine in Golconda, India. It was purchased by Tavernier in the 1600s. At that time, it was a rough triangular stone weighing in at 112 carat. It was trimmed down to 67 carats in 1673 by  Louis XIV’s court jeweler.

After a series of unfortunate events, the diamond was stolen in 1792.  It was not seen again until 1812 by a diamond merchant in London named Daniel Eliason. At this point in time, the stone weighted 44.25 carats, suggesting the stone had been altered during its absence. It was returned to the crown and eventually was sold to Henry Phillip Hope to pay off the debts of George IV. When Henry Phillip Hope passed away in 1839, the stone was passed down first to his nephew, and then to his nephew’s grandson.

Harry Winston eventually acquired the stone and it remained in his collection until he donated it to the Smithsonian Institution in Washington, DC. The Hope Diamond is visited by tens of thousands at the museum each year. 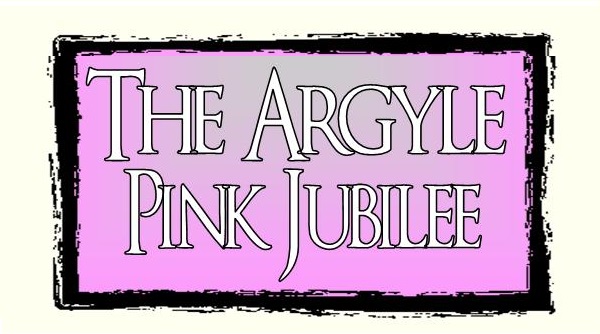 One of the most breathtaking diamonds in the world was found in a modern mine in Australia. The Argyle Pink Jubilee is a stunning example of not only modern mining, but also of the improved technology used in diamond cutting.
The Argyle Mine is one of the most illustrious treasures in modern history. Located in East Kimberly in Western Australian, the mine is the top producer of rare pink diamonds.  In August of 2011 an incredible 12.76 carat light pink diamond was found. The rarity of a pink diamond of this size makes it one of the most notable in the history of the Argyle Mine.  To put this into proper context, Christie’s auction house has auctioned fewer than 20 pink diamonds larger than 10 carats in its 250 years of operation.
Pink diamonds can regularly command in excess of $1 million per carat. The Argyle Pink Jubilee was quickly thought to be worth tens of millions of dollars at auction. Cutting and polishing the stone was estimated to take 10 days, however several flaws were unearthed during the process. Rather than risk the stone, the owner of the Argyle mine Rio Tinto, regretfully opted to halt the cutting process.
Because of the flaws and in lieu of auction, it was donated to the Melbourne Museum Victoria as part of their permanent collection. Many claim that the stone could be cut along the fault line into two diamonds. However, the opportunity for the general public to view the treasure is gift that will give back to future generations. 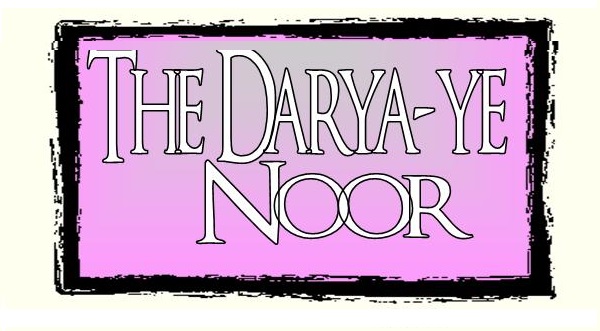 The Darya-ye Noor (River or Sea of Light) has a long and twisted history. It comes from the Kollur Mine in India’s Andara Pradesh district, which is the same famous mine where the Hope Diamond is believed to have originated.  Interestingly, many of the historically significant stones unearthed from this mine have been lost through history… and this could have easily been the case for the Darya-ye Noor too.
The Darya-ye Noor is thought to have come from what was called the Great Table Diamond. The Great Table Diamond was purchased in 1642 by Jean Baptiste Tavernier. It was estimated to weigh 242 carats. The diamond changed hands, and presumably shapes, many times until it reappeared it in the possesion of the East India Company in 1849. It was transported from India to England where it was showcased in The Great Exhibition of 1851.
At the time of exibition, the stone had changed considerably.  No longer believed to be The Great Table Diamond, the new diamond weighed 182 carats and went by the name Darya-ye Noor. A strikingly similar stone, the Noor-ul-Ain is estimated to weigh around 60 carats. Some speculate that both of these stones came from The Great Table Diamond. While the mystery may never be solved, one thing can’t be contested, The Darya-ye Noor is certainly one of the most significant pink diamonds in history. 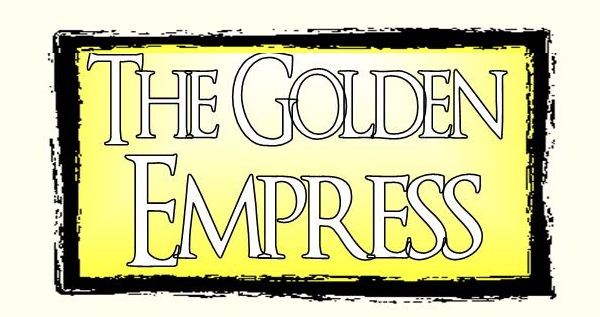 The diamond that would go on to be known as the Golden Empress was mined at the Letšeng diamond mine. The mine has a long history of uncovering notable stones in its 60 years of operation, with a high percentile of these stones weighing in over 10 carats. Other famous stones include the 601 carat Lesotho Brown, which was mined in 1960. In more recent history a 198 carat white diamond was found in 2014. The mine has also produced four of the top 20 largest white diamonds on record. Of the top 20 biggest white diamonds on record, the Letšeng has produced four.

A familiar source was tapped for cutting the stone. Laurence Graff was called upon for his experience with colored stones, including a 47.39 carat yellow diamond named the Star of Bombay. Cutting colored diamonds requires a different skillset than that of their colorless counterparts as they are softer, meaning that extra precision is required.

The 299 carat rough went on to form six pear cut and two brilliant cut stones. The first of these was a marquise cut diamond that weighed in at 21.34 carats. The Golden Empress was the showcase of the lot, with a final weight of 132.55 carats.  It was rated as a Fancy Intense Yellow. Only one in ten thousand diamonds receives this grading. The Empress went on to be set in a necklace of 31 other Fancy Intense yellow diamonds, a dazzling showcase of the beauty of colored diamonds.

What is your favorite of these diamonds? Arpege Diamonds will continue to explore the most famous diamonds in history with our Famous Diamond Series.  Do you have a suggestion for future articles? Let us know below!

For more of Arpège Diamonds‘ “diamond-ography” series, please signup for our blog subscription or view another post below: