March was abuzz with diamond auctions, diamond finds, and diamond advancements. Didn’t catch all the diamond news from around the diamond world? Have no fear.  Checkout the latest edition of Arpege Diamonds Presents: March Diamond Industry News. 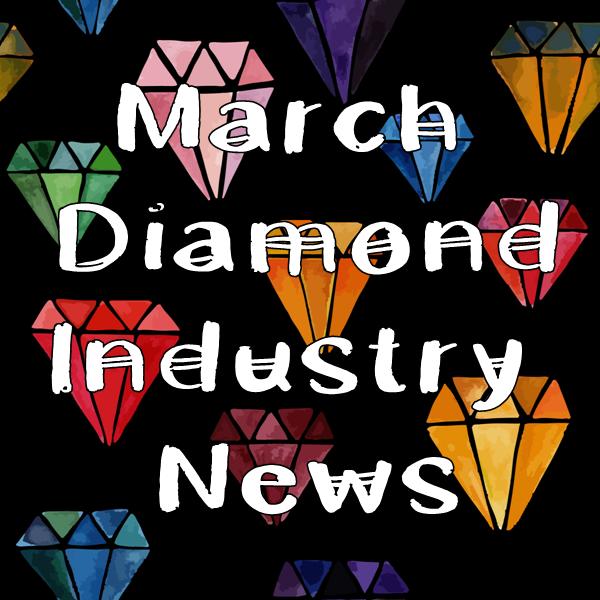 Jaime Kautsky of the GIA reports on a new book showcasing the beauty of diamonds. The book’s creators, Alastair Laidlaw and Christine Marsden, are British Photographers. The pair captured the GIA’s diamond exhibit, “Dreams of Diamonds” in the books’ 133 pages.  Measuring three feet wide when open, the book gives viewers a high definition snapshot of the splendor of the exhibit, including both loose colored diamonds, diamonds in settings, and large colorless diamonds.

John Bennett of Immortal News reports on an astounding find from a mine in Angola.  The monster colorless diamond was given the classification D-colored  by the GIA, which is the rarest class of diamonds. The diamond ranks at number 27 in the largest diamonds found in the last 150 years. Stock prices for Lulo Diamond Project, the company responsible for the find, rose 30% after the discovery.

Charlotte McLeod of Investing News summarizes the market forecast for diamond production in 2016. Among the big players, both De Beers and Rio Tinto project that their production will be down over 2016.  Dominion Diamond Corporation and Petra Diamonds Ltd are anticipating an increase for the year. The report also notes important diamond mines and other notable development projects.

The Diamond World News Service wrote a piece in anticipation of an upcoming auction in Moscow. The closed-door auction is open for viewing only to those in the diamond manufacturing industry between March 10th and April 4th. Sales projections are placing totals for the auction north of $94 million. Bidders will go to the gavel on April 12th to take home one of the stones weighing in at 10.8 carats or more.

5. The World’s Second Biggest Diamond Has A New Name

CNN Money’s Ivana Kottasova reports that a famous diamond is taking on a new name.  The diamond is owned by Lucara, a Canadian company. The company ran a public poll to determine the new name.  The populace chose “Lesedi La Rona,” which means  “Our Light” in Setswana. Setswana is the national language of Botswana. Over 11,000 entries were handed in during the competition which was overseen by Earnst & Young, the same firm responsible for tabulating the winners at the Academy Awards.

On the technology front, diamonds are once again a topic of discussion. Smartphone makers may be looking to diamonds to take over where the silicone chip is being left behind. Diamonds may circumvent some of the obstacles that silicone has encountered, including heat capacities. Replacing the silicone with diamonds has the potential to make devices more energy efficient, while keeping devices smaller and lighter. Diamond and technology lovers will surely keep their eyes on these developments.

To catch up on previous months’ Arpege Diamond Industry News, see below: