Arpege Diamonds is proud to present the history of one of the most famous green diamonds ever discovered, the record-setting Aurora Green Diamond. Explore the history of this stone and learn how it traveled from the mine to the auction block. 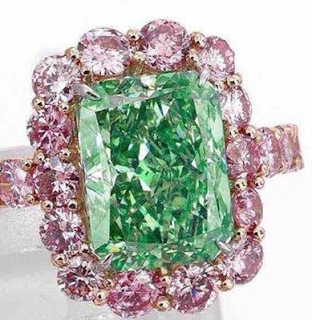 In the past 40 years, a variety of fancy colored diamonds have been sold at auction with pink diamonds, blue diamonds, and yellow diamonds gaining the highest bids on the block.  Conversely, green diamonds have made very few appearances on the auction circuit. One could only speculate that the rarity of green diamonds coming to auction comes from a lack of supply.

True naturally fancy colored green diamonds make up only a small percentage of green diamonds discovered, with an even smaller number of these diamonds weighing more than one carat. Understanding their rarity, readers can now fully understand the monumental discovery and subsequent sale of the Aurora Green Diamond.

The Aurora Green diamond is a 5.03-carat natural green diamond, making it the world’s largest fancy vivid green diamond ever to be graded by the Gemological Institute of America. The diamond is exceptional for a variety of reasons including its color, larger than usual size, and VS2 clarity. However, its lack of fluorescence, an uncommon feature of this diamond type, is what truly makes this stone one of a kind.

Green diamonds obtain their color by absorbing radiation right before exiting the Earth’s uppermost layer of crust during the natural process of formation. Through this process, green diamonds absorb red and yellow light that contributes to their reflective properties.

In the past 6 years, the overall market value for fancy colored diamonds has increased an average of 8%. Although fancy green diamonds have made very few appearances at auctions, these diamonds have consistently sold for record setting prices. In 2009, a 2.54-carat fancy vivid green VS1 diamond sold at Sotheby’s Geneva Magnificent Jewels auction for a record price of $3.08 million.  In early May 2016,  “The Ocean Dream” a 5.5-carat fancy vivid blue–green diamond fetched $8.6 million. 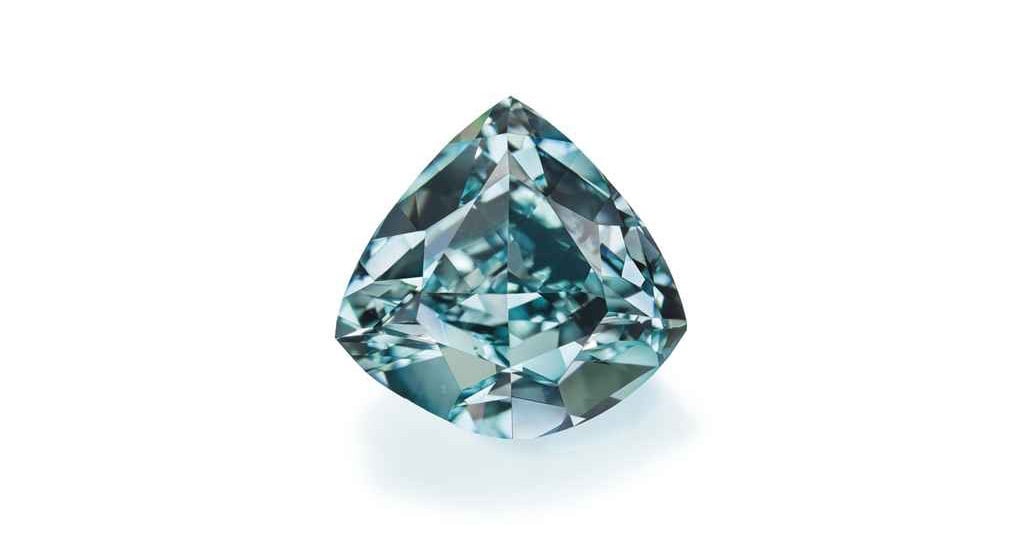 When it came time for the sale of the Aurora Green, it had been nearly seven years since a fancy vivid green hit the auction blocks. It was in late May 2016 when the Aurora Green went on the block at Christie’s Magnificent Jewels Hong Kong auction. The diamond boasted a unique rectangular-cut set on a gold ring flanked by round pink diamonds. Christie’s generated a media sensation as it announced this exclusive piece was up for auction. Many speculated that the diamond would sell between $16 million and $20 million, based on the sale of the previous two green diamonds.

Breaking the Record for Most Expensive Green Diamond Ever Sold

Ultimately, the Aurora Green diamond sold for $16.8 million, which is more than $3.3 million per carat. The special diamond set a world record for fancy vivid green diamonds sold at auction. Chow Tai Fook Jewellery, one of the largest jewelers worldwide based out of Hong Kong, purchased the beautiful and unique piece.

In recent years, fancy green diamonds have become one of the most sought after diamonds by collectors and investors. A diamond collector will acquire a green diamond for its beauty and uniqueness. An investor would acquire one for its true potential as an alternative investment.