The Koh-I-Noor, comes from Persian for “ Mountain of Light.” It is said to be one of the oldest and most famous diamonds of all time with an intriguing sense of mystery attached. The diamond’s history dates back as early as the 1300s, first owned by rulers in India. Today it lies in the ownership of the British as part of the Crown Jewels. This precious stone’s prestige has remained intact for well over two and a half centuries, maintaining its color, clarity and transparency. 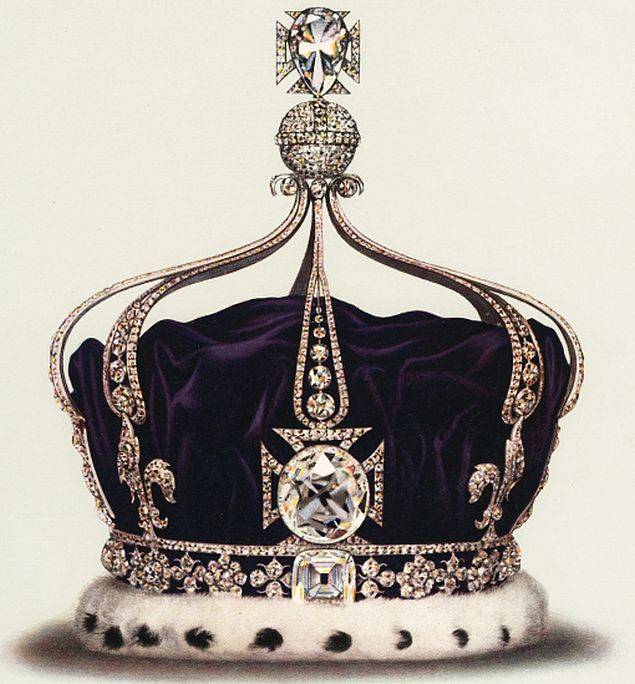 The Legend
As with many other famous diamonds, there have been various conflicting stories regarding the origin of the Koh-I-Noor. This large colorless stone was widely believed to have been discovered at the Kollur Mine near the city of Guntur, India, weighing 793 carats in its rough and original form. However, the first documented evidence of its presence did not exist until 1526 when Barbur, the ruler of India, suggested in his memoir that Al-ed-Din Khilji acquired the precious diamond shortly after winning a battle. Al-ed-Din Khilji was considered one of the most powerful rulers of the Khiji Dynasty.

Throughout the next few centuries, the diamond was in possession of various Indian and Persian rulers who fought fierce battles. Strangely and without exception, anyone in possession of this diamond lost their thrones or had other misfortunes.

When the British conquered Punjab, India in 1849, Queen Victoria was presented with the Koh-I-Noor diamond which at that time weighed 186 carats. To improve its brilliance, Prince Albert, who felt unsatisfied with its appearance, searched for a gem cutter to refine the diamond. It was at this time that the diamond was reduced to an oval cut weighing 109 carats.

The diamond was on display for public view at The Great Exhibition shown at the Hyde Park in London. In 1936, the decision was made to have the diamond mounted along side 2,000 other diamonds on The Queen Mother’s Crown. The crown has been worn exclusively by women in the royal family including Queen Mary and Queen Elizabeth as it is said to have a curse of misfortune and death in the ownership of men.

Currently, the royal crown is exhibited as part of the Crown Jewels at the Tower of London.
Over the years, India, Pakistan, Iran and Afghanistan have all attempted to claim ownership of the Koh-I-Noor, protesting they lost it illegally. In 2010, the then British Prime Minister declared that returning the diamond was impossible as it was obtained legally under the Treaty of Lahore.

It is with great uncertainty that the future of this precious diamond is approached. Whether or not the curse of this diamond is believed, the history is undeniable.

“He who owns this diamond will own the world, but will also know all its misfortunes. Only God, or a woman, can wear it with impunity.”

For more of Arpège Diamonds‘ Famous Diamond Series see the links below: