Blue diamonds are among the rarest of the colored diamonds, along with pinks and greens. In recent years, they have repeatedly broken auction records, selling for several millions of dollars per carat at auction. The most notable sales of these blue diamonds have been those which weigh in at more than 10 carats each. In this article, we will highlight some of these dazzling diamonds and their stunning sales prices at auction. 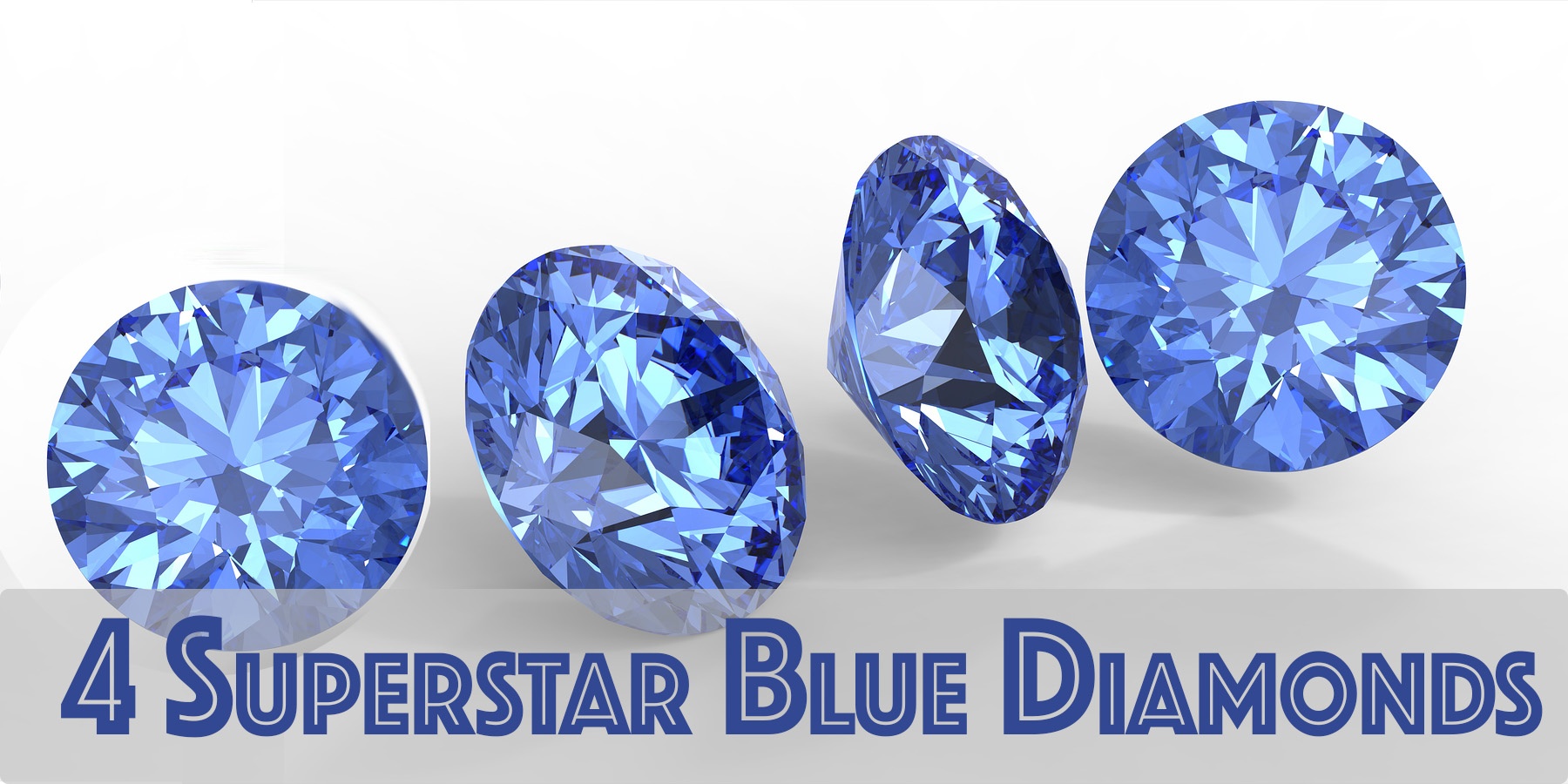 The Oppenheimer Blue Diamond was sold by Christie’s in Geneva in May of 2016. The 14.63 carat diamond has a VVS1 clarity rating, only one rating degree below internally flawless. The Oppenheimer Blue is a fancy vivid rectangular-cut diamond. It was sold for nearly $4 million per carat, with a final sales price of $57.5 million.

The De Beers Millennium Jewel 4 was sold by Sotheby’s in Hong Kong in 2016. The 10.10 carat diamond was rated as internally flawless. The Millennium Jewel 4 is an oval shaped fancy vivid blue diamond. The diamond is part of a set of precious diamonds brought for sale by De Beers. The diamond sold for just over $3.1 million per carat, for a final sale price of $31.8 million.

The Winston Blue Diamond was sold by Christie’s Auction House in Geneva in May of 2014. The 13.22 carat diamond was rated as internally flawless. The Winston Blue is a pear shaped fancy vivid blue diamond that sold for $1.8 million per carat. The final sale price of this stunner was just under $24 million.

Both Christie’s and Sotheby’s Auction Houses have traded colored diamond auction price records throughout the years, and there appears to be no end in sight. With the fascination in these stunning colored diamonds matching their rarity, supply and demand is sure to continue to drive up their prices. Less than 10 years ago, blue diamonds were selling for an average of close to $1 million per carat. Today, these diamonds are regularly reaching into the high $3 million per carat range, with some crossing the $4 million mark. Keep your sights set on the auction block and expect to see more records broken in the coming auction year.

To learn more about colored diamond auctions, see the links below: