Due to the numerous socio-economic upheavals experienced on a global scale, many investors have begun turning to tangibles as a form of monetary security. One specific category that has been steadily gaining attention is that of the Fancy Colored Diamonds (FCD).

Arpège Diamonds digs into 3 reasons  why such an investment would be advantageous for you. 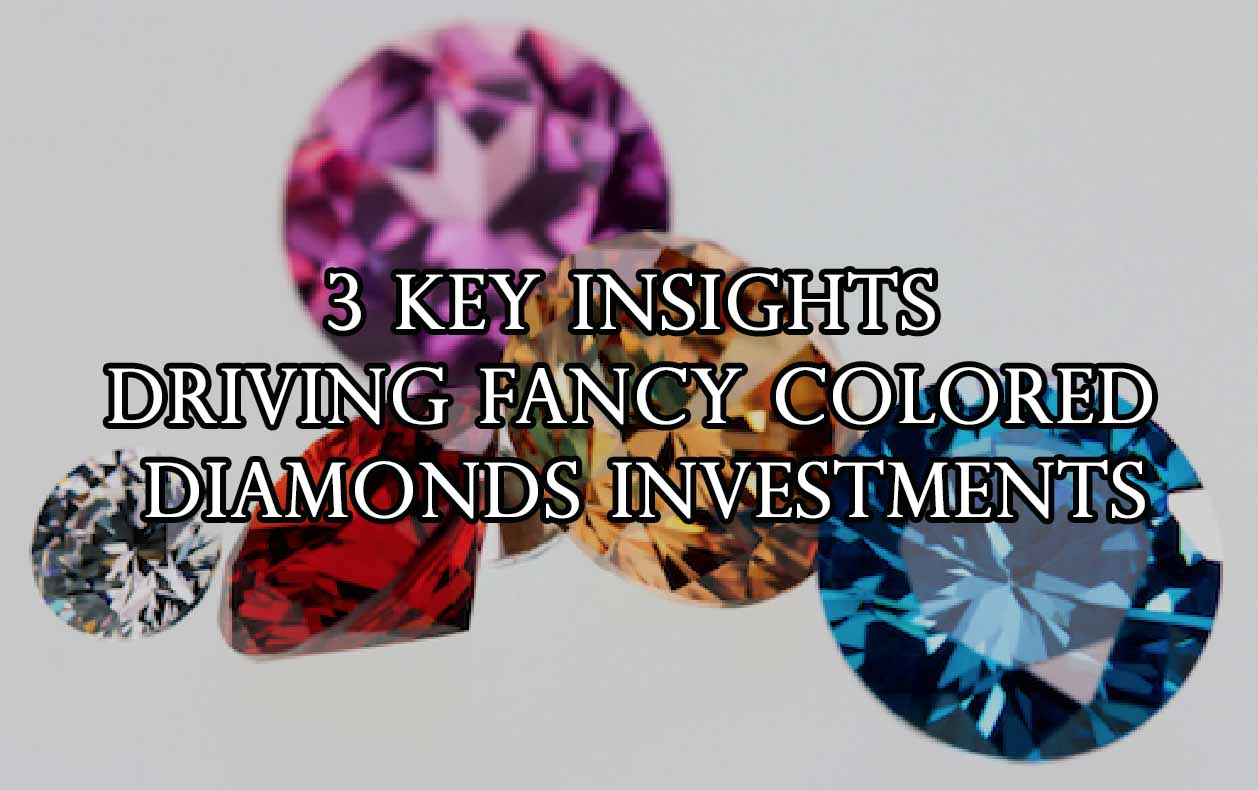 The highest valued FCD’s are those with vibrant and unique hues such as pink, red, blue, green, and purple. Logically, greater color vibrancy translates to greater value. In addition, such FCD’s hold immense rarity as they constitute an approximate 1% of diamonds mined globally. Moreover, the task of finding such precious stones in existing mines often requires large amounts of luck, as well as, numerous labor hours and intensity.

It is also worth mentioning that unless new mines are discovered; the production of new FCD’s are expected to diminish greatly in the next 30 years. Major contributors are expected to close, such as the Argyle mine, ceasing operations in the near future. The impacts will be not only increase the rarity of FCD’s as a commodity (and even make certain diamonds such as the Argyle Pink diamonds finite), but also increase their value exponentially.

Given such drops in supply coupled with the heightened demand for these diamonds over the past decade, the speculation is for greater price surges which would seem to highlight a clear benefit for investing “now vs later” in these precious stones.

How Do Fancy Colored Diamonds Secure Their Value?

Rarity not only contributes to heightened demand, it also provides a safeguard for value. Couple this with the fact that these stones are not directly correlated with other assets and this leads to its price retention. In fact, FCD prices have not reported any noteworthy depreciation for over 37 years. History has also shown that the FCD’s worth has been largely unaffected by political turmoil, and national, or even global recessions. Such is not the case for stocks or gold.

It should be underlined that due to their unique nature, limited supply, and great demand, FCD’s have not only been able to retain their wholesale value during financially challenging times, but in some instances have even shown substantial appreciation.

The Practicality Behind Investing In Fancy Colored Diamonds

It could be said that FCD are a practical investment. Firstly, they hold immense concentration of wealth which can greatly aid their portability as well as safekeeping. This unfortunately cannot be done with gold, land, real-estate, antique cars, furniture etc. Moreover, due to their nature and tangibility, there are options for insuring these stones, thusly adding another layer of the investment’s monetary security. As they say, “Diamonds are forever”, and their quality, durability, shine, and color will not diminish over time, which makes it an asset that can passed on for generations. Lastly, FCD’s can be placed in jewels, worn, and enjoyed; acting as a status symbol for many owners to exhibit.

Finally, it should be mentioned that many people wonder if their investment can be resold or liquidated if ever needed. Conversely to stocks, bonds, and gold, which can be liquidated with great ease, the resaleability of FCD’s (and other tangibles to that extent) entails a level of complexity.

If you are unsure about how to position your investments in fancy colored diamonds, Arpège Diamonds stands ready to help.  With over 50 years of combined industry experience, we’ll help you gather the most effective information and insights so that you can make educated decisions on your fancy colored diamond investing.  You can contact us at 866-821-5508 for a personalized review.